1. Here is C.S. Lewis’ recipe for cinnamon bourbon rice pudding. The recipe doesn’t include a suggested substitute to the bourbon for teetotaling American Christians because Lewis thought teetotaling American Christians were an annoying bunch of Telmarines. “One of the marks of a certain type of bad man,” Lewis wrote in Mere Christianity, “is that he cannot give up a thing himself without wanting everyone else to give it up.” 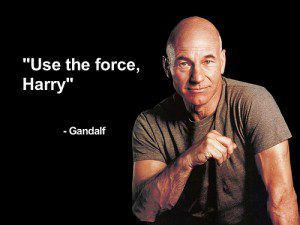 3. Corey Robin on going down the rabbit hole of a WAS, or a Wrongly Attributed Statement (or a Who Actually Said). This is a lot easier in the age of Google, but it still lures me into the occasional fruitless hour or two every little bit.

4. Bono’s Bill Clinton impression ain’t bad. He’s got the sound of it down, but he needs to add the knuckle-point, the lip-bite and the sly, semi-guilty smile-while-looking-off-to-the-side.

5. New to me: Phantom’s List. “Links to writing by women around the Web,” is the tagline. “Because you don’t have to read The Man … if you don’t wanna.” The list is posted weekly by the Phantom Scribbler, who has eclectic sensibilities and a wide-ranging curiosity and generosity — just the sort of person you want curating such a list. Update your RSS feed.

6. Proof that marriage equality really is a threat to religious freedom — it just got this pastor fired!

That reminds me of something C.S. Lewis said in Mere Christianity, “One of the marks of a certain type of bad man …”

7. Carol Howard Merritt doesn’t like the term “mainline” Protestant: “I, for one, am tired of pretending that we want to hang out at the Country Club and eat cucumber sandwiches in fancy hats. We are not some sort of upper-crust elite society.” Good point, but I’ll reserve the term “mainline” for this song:

September 25, 2013 'Dracula' and the Bible
Recent Comments
146 Comments | Leave a Comment
Browse Our Archives
get the latest from
slacktivist
Sign up for our newsletter
POPULAR AT PATHEOS Progressive Christian
1

4 Reasons We Should Focus on...
Honest to God
Related posts from slacktivist