“3) You are advertising around the world — how do you advise your clients to get to your shelter in the event of the kind of disaster for which you are preparing?”

“But manipulation of costs and other data by oil companies is keeping billions of dollars in royalties out of the hands of private and government landholders, an investigation by ProPublica has found.”

“They just send unlicensed, unregulated people who break down doors and do whatever they want.”

“Most people seem to think that First Amendment-ish freedoms — the freedom of not merely speech but of expression, of personal style, etc. — apply in the workplace. They don’t.”

“If wages in food-service and other service jobs are not lifted, it is hard to see where adequate consumer demand will come from to generate and sustain a real recovery.”

“There are over two million such low-wage workers in the U.S. — over twice as many low-wage workers as there are at Walmart, which makes the federal government, surprisingly, the nation’s largest low-wage employer.”

“They have depended on diverting attention from obvious questions, such as just how does a smaller tax bill for the Koch brothers benefit us?” 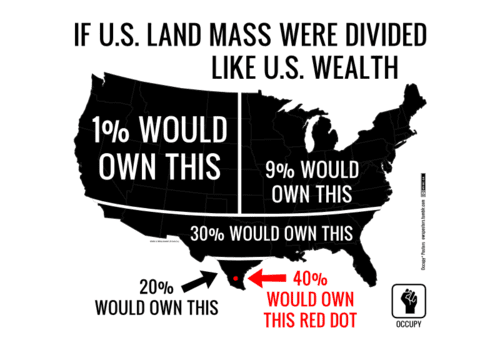 “It may at first have seemed odd for a Fortune 500 corporation to have anything to do with the SNAP program, but Xerox, JPMorgan Chase and eFunds Corporation have all successfully turned poverty into a profit center.”

“In other words, our tax dollars are compensating private contractor executives at a level three times higher than Joe Biden’s paycheck.”

“We are looking for ways to reopen the portions of the government that we agree with.”

“I’m not going to raise the debt ceiling.”

“There must be a story behind how all the major media outlets are falling all over themselves to talk about the scourge of disabled people going through immense amounts of major red tape and legal hassles in order to maybe, just maybe, score the golden ticket of $1000/month benefits.”

“Just to be absolutely clear, LePage’s statistic is completely wrong. Currently, around 65 percent of Mainers over the age of 15 are working or are unemployed and actively seeking work. Of the remaining 35 percent, almost all are retired, are caring for children or other family members, are pursuing education or training or have a disability that prevents them from working.”

“Despite spending $700,000 a year on eight additional fraud inspectors who fielded about 1,100 leads, the governor reported that only 45 cases of alleged fraud were referred to law enforcement.”

“In Texas, the state that will be depriving the most people of insurance by rejecting the expansion, only families under 25 percent of the poverty level, or $4,894 for a family of three, will be eligible for Medicaid. I’m guessing that’s about what Rick Perry spends on boots every year.”

“While Mr. Keltner’s research finds that the poor, compared with the wealthy, have keenly attuned interpersonal attention in all directions, in general, those with the most power in society seem to pay particularly little attention to those with the least power.”

“These are some of the most promising programs the Department of Education has available to heavily indebted students.”

“There’s no single answer. The only thing these countries have in common is a simple commitment to taking poverty seriously and doing something about it.”

“What we really need is a bigger Social Security system.”

“I’m glad we are a religious nation.”