1. Joel Berg, executive director of the New York City Coalition Against Hunger, has lost his patience with the hypocritical moralizers shredding the funding for nutrition assistance for the poor:

The Paul Ryans of the world can sugarcoat this and say faith-based agencies will fill in the gap, or SNAP is so bloated that they won’t notice. I would challenge him to tell that to the people losing the food. Is this really about deficit reduction? That’d be slightly more reasonable, but it’s really about demonizing someone else’s benefits. Ryan received SSI after his father died, and he didn’t consider that a hammock that lulled him into a life of dependency.

… I’d have a lot more respect for them if there was some degree of ideological consistency, but the only consistency is shafting poor people and rewarding campaign contributors.

… I’ve tried to find a number for the share eligible for Social Security who don’t get it. No one has such a number. It’s like 0.0001 percent. Everyone gets it, and at least a quarter of people eligible for food stamps don’t get it.

It’s because of the ideologies and the processes that flow from the ideologies. Social Security we think should be easy to get, since you earned it, you paid for it. Food stamps, the view is you don’t deserve it, and so we’ll make it a pain in the ass to get it.

2. Alexandra Petri is so good at writing reviews of bad books that editors are likely to reward her by asking her to review more bad books. That’s terribly unfair but, from the editors’ standpoint, perfectly understandable. 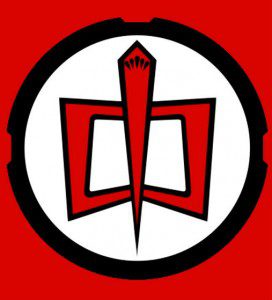 3. And speaking of well-written reviews of awful things, here’s David Moore’s take on Southern Baptist seminary’s new documentary on it’s president and grand inquisitor, Recovering a Vision: The Presidency of R. Albert Mohler Jr. “This is as tone-deaf a Christian production as I have seen in recent memory.”

4. David Barton surprisingly concedes the reality of climate change, but then attributes it not to carbon pollution, but to divine punishment for legal abortion. This seems to be another example of the widespread religious right belief in a vengeful God with really bad aim. Haiti, Bangladesh, the Philippines and the Maldives are among the countries expected to be hardest hit by the effects of climate change, and none of those countries has legal abortion. Warren Throckmorton further analyzes David Barton’s “theometeorology” — finding no correlation between severity of flooding or hurricanes and the abortion rate here in the U.S.

5. “This calls for wisdom,” the book of Revelation says. Wisdom does not involve making yourself miserable with superstitious BS masquerading as theology. Jessica Bluemke relays the pathetic story of a young athlete who dropped out of a high school regional cross country race because she’d been assigned 666 as her bib number. “I didn’t want to risk my relationship with God and try to take that number,” the poor kid said.

I feel sorry for this kid, who’s been lied to and bamboozled by her church and family. But I don’t have any sympathy for the grown-ups involved or for their twisted parody of Christianity. Seriously, think of the effort involved in turning “love God and love your neighbor” into “thou shalt never enter any contest with more than 665 entrants, lest thou shouldst risk thy relationship with God”? Perverse.

6. Here’s Dahlia Lithwick on what it was that voters in Virginia said no to yesterday:

Ken Cuccinelli was proudly and self-avowedly one of the most activist attorneys general the commonwealth had ever seen. From the very outset, his political ambition was to impose upon the state a social and religious code that may have made perfect sense to him, his supporters, and his conscience, but came across as extreme, hateful, and intrusive to most everyone else. … Cuccinelli was on the record opposing abortion for survivors of rape and incest;refusing to support the Violence Against Women Act; browbeating state entities into closing abortion clinics; denying equal protection for gay workers at state schools; and insisting that unconstitutional state sodomy laws need to stay on the books to protect children. He endorsed “personhood” laws that would have limited access to at least some forms of birth control. He urged people to go to jail to protest women’s access to contraception. He has pushed to keep state funding for sex education focused on “abstinence-only” programs and favored putting armed guards in schools after Sandy Hook. And women who may have balked at any of that eventually tended to balk at him.

James McGrath shares a remarkable pre-emptive strike against the History Channel show — a YouTube video from “Biblebeliever2009” who thinks the program will be anti-Christian propaganda akin to what “Hitler did to the Jews” or, even worse, in his opinion, the kind of persecution of Christians exemplified by the pilot episode of The Greatest American Hero. (I’m not making that up. He said that.) He also explains how the Council on Foreign Relations is behind ENDA just as prophesied in Revelation 13. That video is on the “Christian Resistance” YouTube channel, which also features posts revealing that “Miley Cyrus Is an NWO puppet” and one labeled “Free Kevin Trudeau!”

So that settles it, then. I’ll watch The Blacklist on Hulu.