David Crumm at Read the Spirit asks Anglican bishop and theologian N.T. Wright why he doesn’t like Fox News. Wright responds with a sharp critique of the political tribalism that shapes white evangelical Christianity in America:

I’m not talking about Fox News in any detailed way and I’m not claiming that everything they tell you is wrong. I’m just referring to the well-known political viewpoint that comes through Fox News and I’m saying: We should be careful about listening to that point of view exclusively. There is a striking, radical polarization between your Left and Right that I have to say is really disturbing because it distorts so many issues. This Left-Right polarization forces people to say: We are all on this side now! We must check off every box on this slate! We must keep in line!

As an example of how this political tribalism “distorts so many issues,” Wright discusses America’s recent modest health care reform, the vehement opposition to it from white evangelicals here, and how utterly bizarre that appears to our evangelical brothers and sisters everywhere else in the global church:

In your country, for example, there seem to be Christian political voices saying that you shouldn’t have a national healthcare system. To us, in Britain, this is virtually unthinkable. Every other developed country from Norway to New Zealand has healthcare for all of its citizens. We don’t understand all of this opposition to it over here in the U.S. And, we should remember: In the ancient world, there wasn’t any healthcare system. It was the Christians, very early on, who introduced the idea that we should care for people beyond the circle of our own kin. Christians taught that we should care for the poor and disadvantaged. Christians eventually organized hospitals. To hear people standing up in your political debate and saying—“If you are followers of Jesus, you must reject universal healthcare coverage!”—and that’s unthinkable to us. Those of us who are Christians in other parts of the world are saying: We can’t understand this political language. It’s not our value in our countries. It’s not even in keeping with traditional Christian teaching on caring for others. We can’t understand what we are hearing from some of your politicians on this point. Yet, over here, some Christians are saying that it’s part of the list of boxes we all should check off to keep in line.

I came across that interview via Michael F. Bird, who writes the Euangelion blog on Patheos’ evangelical channel. Bird fits there because he’s a theologically conservative Protestant who clearly aligns with any theological or doctrinal attempt to define “evangelical.” But he also doesn’t fit there very well because he’s Australian, and the political tribalism that shapes white evangelical theology in America is literally foreign to him. 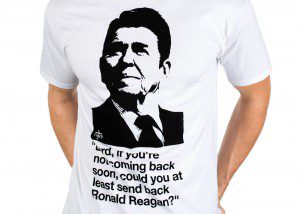 This is a longstanding tension between American “evangelicals” and “evangelicals” in the rest of the world. We use the same word, but not in the same way. Adding to the confusion is the pretense that this word is primarily a theological term, referring to a strain of Protestantism that expresses itself, in David Bebbington’s terms, through “biblicism, crucicentrism, conversionism and activism.”

For Lewis, half a century ago, this involved American evangelicals’ condemnation of beer (see several asides in Mere Christianity, or the parody of American teetotalism in Prince Caspian). For Wright, in 2013, it means American evangelicals’ Fox News-shaped politics, their knee-jerk opposition to social justice, and their pervasive anti-feminism (another point on which Wright and Lewis would disagree).

When it comes to the American  evangelical opposition to universal health care, global evangelicals look at them with a mix of disbelief and disgust. Its not just N.T. Wright, ask someone at the Lausanne Congress or at the World Evangelical Alliance or at the Tyndale Fellowship what they think about American evangelicals howling protests against Obamacare! We are mystified as to how can good Christian men and women oppose – in some cases in the name of religion — providing health care for it citizens. … Adequate healthcare for all should be championed by evangelical Christians who follow the teaching of Scripture.

I’m writing this so my American friends can, as your own poet Robert Frost said, “See ourselves as other see us.”  Why do global evangelicals look at you in this way? Maybe its not us who are enthralled to a godless philosophy! I want to challenge my American evangelicals friends to consider whether your views of health care are truly biblical, and to consider whether you have been blinded by a culture of hyper-individualism, economic rationalism, placing faith in market forces. Because to outsiders the anti-Obamacare thing looks like “civil religion,” a syncretistic concoction of Christian teaching, Republican partisanship, capitalistic-worship, and  social Darwinism with its mantra of the survival of the fittest.

Let me explain why, to global evangelicals, it appears as though white evangelicals in America are captive to civil religion and “a syncretistic concoction of Christian teaching, Republican partisanship, capitalistic-worship, and social Darwinism.”

It’s because white evangelicals in America actually are captive to civil religion and “a syncretistic concoction of Christian teaching, Republican partisanship, capitalistic-worship, and social Darwinism.” 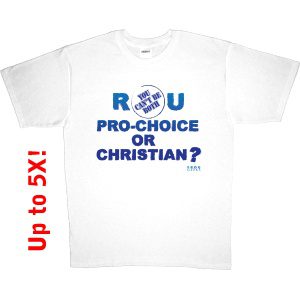 Evangelicalism in America is shaped, primarily, by political tribalism. Not by doctrine. Not by the Bible. Not by a conversionist spirituality that emphasizes a personal relationship with God. Not by admiration for Billy Graham, or by an aversion to drinking, dancing and R-rated movies. Not by love, joy, peace, patience, kindness, generosity, faithfulness, gentleness and self-control.

White political tribalism. Period. American evangelicalism may admire or aspire to many of those other things, but when push comes to shove, they’ll all be eagerly jettisoned if need be to check off all the boxes that need to be checked off to stay in line politically.

White political tribalism. Above all else. Above biblicism, crucicentrism, conversionism and activism. Above Christ, above the Bible, above love.

November 7, 2013
The globe is getting warmer all the time
Next Post