This week in the apocalypse

Scott Paeth plucks some choice nuggets from a recent interview with theologian Jürgen Moltmann, in which he discusses eschatology:

“Eschatology is not only about the future, but about the present of that future.”

“The final judgment has not so much to do with the good and the evil, or the good guys and the bad guys, but with the victims and the persecutors. We should look forward to the final judgement with joy, because it is the establishment of God’s justice. It is a creative judgement that brings justice to the victims.”

At Cataclysmic, Michelle Mikeska encounters the World’s Worst Books, “Why the Left Behind Series Should be Left Behind.” Mikeska hits on several of the key ways in which Tim LaHaye misreads and mishandles the book of Revelation:

A common assumption found in Tim Lahaye’s Left Behind series is that the ultimate aim of apocalyptic texts like Revelation and Daniel is to provide a detailed, if coded, blueprint of future events. Prophecy has no other purpose than this. This becomes problematic when we start reading both prophetic and apocalyptic texts. The major and minor prophets in the Hebrew scriptures seem to have a different goal. The aim of these texts is not primarily in providing a detailed forecast of events, but to present a possible future based on Israel’s repentance or lack thereof. The goal of Biblical prophecy is to encourage the faithful and challenge the wicked to repentance.

… Apocalyptic texts are almost always written in times of  acute suffering. The apocalyptic portions of Daniel were most likely written during the malevolent reign of Antiochus IV Epiphanes and Revelation during the persecutions under Domitian. This means that Revelation and Daniel must be read through the lens of suffering and oppression. What is the result? A reevaluation of what it means for God to return as judge.

Elsewhere at that same fine blog, Mike Skinner posts a two-part response to Mark Driscoll’s invocation of Tim LaHaye’s killer Turbo Jesus as part of a diatribe against pacifist “pansies.” In the second part, Skinner looks at nonviolent ways of “Interpreting the Violent Imagery of Revelation.”

Bruce Chilton, a professor of religion at Bard College, has a handy one-page summary of premillennial apocalypticism and its political effects, “America’s Apocalypse: Armageddon in Jerusalem.”

The tug of war between Premillennialism and progressivism shifted in 1909. That was when Cyrus Scofield first published his Reference Bible; the book consisted of the King James Version with Premillennialist notes. (He later included a chronology dating creation to 4004 BCE). Seismic events in the history of the twentieth century favored the rise of Premillennialism. World War I gave the lie to the idea of the steady progress of Western civilization, and particularly to idealistic views of the efficacy of government. Scofield scoffed at the idea of progressive evolution; most people would be left behind in apocalyptic chaos while only true believers were raptured.

1. Predictive: The more dominant view throughout Church History, it reads the text of Revelation as ‘literal’ and as a transcript of historical events. It is usually considered to include varying contemporary political/religious events. The Gulf War, The Soviet Union, etc. I find this to be a poor translation of literal events, especially when it is contingent on our current situation. Thus we read back into Revelation our current circumstances. Highly problematic for me. 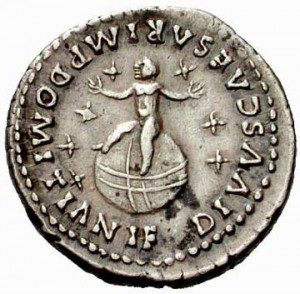 2. Historical: Instead of being read as a prediction, Revelation is to be read as a commentary on political events within the context of the original author of Revelation. Hays states that like the Book of Daniel, Revelation is a resistance document. Simply, the imagery evokes the intended meaning of, say, Caesar and the Roman empire. This is a more attractive interpretation as it affirms the original intent of the author and grants a window into the views/symbols/ideals of the time.

3. Theopoetic: One reads this text as a theological and poetic representation of the spiritual environment  within where the church finds herself. It is thus a prophetic confrontation of all earthly pretensions of power. This allows for a stronger sense of ethics, and seems to drive most fluidly within the context of apocalyptic literature, especially with the imagery there within.

Note that Nos. 2 and 3 are not mutually exclusive.