Haiyan hit the eastern seaboard of the Philippines on Friday and quickly barreled across its central islands, packing winds of 235 kph (147 mph) that gusted to 275 kph (170 mph), and a storm surge of 6 meters (20 feet).

Its sustained winds weakened to 133 kph (83 mph) as it crossed the South China Sea before approaching northern Vietnam, where it was forecast to hit land early Monday. Authorities there evacuated hundreds of thousands of people.

Hardest hit in the Philippines was Leyte Island, where officials said there may be 10,000 dead in the provincial capital of Tacloban alone. Reports also trickled in from elsewhere on the island, as well as from neighboring islands, indicating hundreds more deaths, although it will be days before the full extent of the storm can be assessed.

Give if you can. Pray if you pray. Mourn with those who mourn.

2. “‘Happy Veteran’s Day!’ By an Obese Man Eating a Corndog at a Mattress Sale“:

I have to go lie down on that reinforced Double-King over there, so I’ll make this simple: You guys can pretend you’re defending my liberty with secret operations and drone strikes, but I get to pretend I’m supporting you with parades and fried food. Sure, we’re both lying to each other, but we’re going to keep at it until you or I get killed.

Camus helped me to see how Christians — and my own self — were slack. He thickened my argument, deepened my understanding of how we can live, and be slack by not doing anything about the death penalty. It’s an issue of the poor and shows that to the extent we’re not involved with the poor, we go along with injustice. Camus was good because he’s so honest.

4. “Alleged Pa. ‘Bigfoot’ Sighting Causing Quite a Stir” (via John Fea). Looks to me like a stump with a hole in it. I say rotting bark, you say “matted black fur.” To-may-to, to-mah-to. 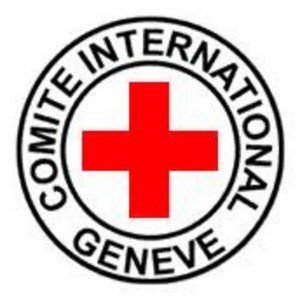 So I don’t think this is Bigfoot (or is that “a bigfoot”?). But I’d also point out that the rural north-central part of the state is Fracksylvania. (McKean County is a bit west of the Frackapalooza of Bradford County, but it’s still got 54 wells where dozens of environmental violations have been recorded.) So if this is Bigfoot, then clearly his presence there marks his displeasure with what fracking is doing to his home in the forests of the Keystone State.

Bigfeet are famously tidy creatures — that’s why years of searching for them have failed to turn up a single stray clump of fur or pile of scat. So it’s only logical that such clean creatures would be unhappy to see what the frackers have been doing to the state.

5. I have a part-time job stocking shelves. It’s not inspiring work, and it doesn’t pay very well. But on the plus side, it’s a night job only 10 minutes from my front door, so it doesn’t involve  having to commute. That matters. Commuting is awful — it’s a dangerous, unhealthy, costly waste of unpaid time.

6. Darrell Pursifull, a/k/a Dr. Platypus, has put together a lovely little study on “Fantastical Biblical Beasts and Where to Find Them.” It is, alas, a PowerPoint presentation, but it’s smart and funny and an excellent model of how to read the Bible, even the weird bits.

7. Dylan Matthews of Team Ezra has a playful suggestion that he plays out with a measure of detailed seriousness: “Americans already think a third of the budget goes to foreign aid. What if it did?”

Given that investors are literally giving money away to the United States for free at the moment, why not take some of it and give it to poor people abroad? Borrowing $1.47 trillion (minus the paltry sum we now spend on USAID, PEPFAR, the Millennium Challenge Corporation, etc.) would get us to 28 percent.

As for how to spend it, the sky’s the limit! We could spend it on highly cost-effective interventions, such as an expansion of PEPFAR, deworming efforts or anti-malarial bed nets. We could try more ambitious projects that are possible only with funding of that scale. Or we could just, you know, give the money to poor people. A newly released randomized trial shows that practice improves any number of health, education and financial outcomes for poor people, and most importantly, it allows them to direct aid dollars to what they actually need, which they usually understand better than do outside aid workers. Cash transfers would also minimize administrative bloat and corruption; in poor countries with cellphone-based payment systems, you can evade corrupt governments entirely.

Altruists of Congress, unite! You have nothing to lose but your seats (possibly).