Questions regarding the prospectus for the ’90-day Tithe Challenge’

Questions regarding the prospectus for the ’90-day Tithe Challenge’ November 29, 2013 Fred Clark

Matthew Paul Turner tells us that the “90-day Tithe Challenge” is a thing that exists: “If you tithe for 90 days and God does not prove Himself faithful, we’ll refund 100% of your tithe.”

The 90-day time limit here might seem short — implying that God’s faithfulness should only be measured on a quarterly basis — but keep in mind that Jesus said faith is like a mustard seed, and a mustard plant goes from seed to seed-bearing in as little as 60 days. 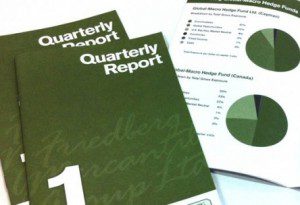 Despite a page-length registration form that reads like a seven-point financial prospectus, the folks at Sagebrush Community Church neglect to define what it means for God to “prove Himself faithful” in response to a duly and “properly credited” tithe.

What kind of return are we talking about here? Is it strictly financial, or does it include, say, miraculous healing or tangible answers to prayer? And how would we measure the latter?  If you’re praying that your child will be accepted into college and they only get accepted into their safety school, would that count as a wholly faithful or only partially faithful response by God?

What if it turns out that God only proves faithful by providing spiritual returns — something like the fruits of the Spirit, or a deeper love for neighbors and for the outcast? That kind of return would surely seem disappointing — unless, I guess, it was significant enough to help you become the kind of spiritually mature person who wouldn’t think so.

Sagebrush’s prospectus also seems unclear on some of its conditions regarding what constitutes a properly credited tithe. It specifies only that for a tithe to count it must be “10 percent of our income.” But what counts as income? Is this gross or take-home? Before or after taxes? What about health-insurance expenses deducted from payroll? Do tax-refunds like the mortgage-interest deduction count as tithable income? What about subsidies for health insurance?

This is further complicated by the fact that either tithe would, itself, be a tax deductible donation — making the whole calculation of post-tax income itself contingent on the size of the tithe duly paid.

For simplicity’s sake, then, gross income would make this all easier to calculate, but in the example above it would result in a tithe of $739 on take-home pay of only $5,918 — making that “10-percent” donation feel like a 12.5 percent tithe. That added bite could, in turn, ratchet up parishioners expectation of God’s faithful response — making them feel as though God ought to be 25 percent more faithful in return.

Sadly, the subjective nature of this guarantee (“if I am not convinced of God’s faithfulness as a result”), and the likely distorting influence of social pressure against church members actually attempting to collect on it, prevent this from providing a reliable quantitative measurement of divine faithfulness.

Sagebrush could provide regular reports on this — “God’s Faithfulness Q1 2014” — but unless they make some adjustments to this system (anonymous reporting, clearer definitions, etc.), I’d only treat those divine-faithfulness scores as tentative.

November 29, 2013
I think that I shall never see a theology lovely as a tree
Next Post

November 30, 2013 9 years ago: 'Almost like a religion'
Recent Comments
53 Comments | Leave a Comment
Browse Our Archives
get the latest from
slacktivist
Sign up for our newsletter
POPULAR AT PATHEOS Progressive Christian
1