“You seem successful and delightful!”

“It took everything we had so that our son would not suffer.”

“The woman at the crisis pregnancy center said my college would be free if I had a child.”

“In preaching a message of punishment, the hellfire and brimstone preachers of Judgement House like to think they are going against the grain of dominant cultural values. As it turns out, nothing could be further from the truth.” 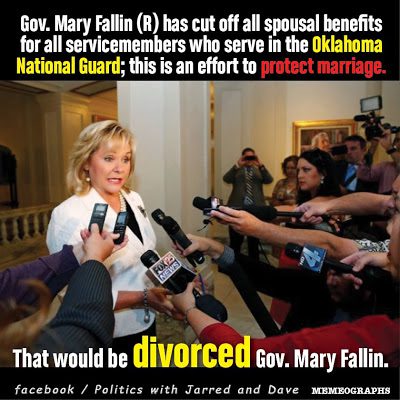 “Republicans are slightly more likely than Democrats to say that the Constitution does not permit state religions. They just think that on this one, the framers of the Constitution got it wrong.”

“Ken Starr, a retired federal judge and former Solicitor General who single-mindedly pursued a criminal investigation into President Bill Clinton sparked by Clinton’s sexual behavior with an adult, signed a letter to Kloman’s sentencing judge arguing that ‘community service’ would be a more appropriate punishment for someone who repeatedly sexually assaulted children entrusted to him by their parents.”

“It was another link in the chain from Stieve to Mecklenburg to Willke to today’s anti-abortion Republicans.”

“The Church knows no one is listening to its sexual strictures, and many clergy don’t even believe they should. But everyone goes on pretending — at least in the West.”

“Lord, save me from men who don’t understand the biology of women’s bodies and think that they have the right to legislate or adjudicate from that point of ignorance.”

“In this case, a young woman in a crisis situation was put at risk because religious directives were allowed to interfere with her medical care.”

“The suit claims that the hospital knew that the fetus was not viable, and withheld medically indicated care due to restrictions placed upon them by the Conference, and that further those restrictions also prevented the hospital from telling her the truth about her condition or the restrictions themselves that prevented appropriate care.”

“This is some room-temperature faux-macho alpha-pansy nonsense, and I am here to beat it bloody and leave it on the ground.”

“It now appears his phony ‘transformation’ has moved on to recruiting an innocent victim as a prop to give credence to his lie.”

“Catholic principles of justice, equality, human dignity, protection and support of all families are what are motivating them to support marriage for lesbian and gay couples.”

“At an expensive summer camp, ‘boys will be boys.’ On the streets of Washington, boys will be part of a trend piece.”

“The totally non-racist Republican Party is made up of conventional people who are nauseated by inter-racial marriage.”

“He doesn’t celebrate Christmas with his own family.”

“While the My Lai Massacre is widely recognized as a military atrocity and an act of mass murder committed on civilians and non-combatants, true appreciation of the event as an act of mass rape and sexual abuse has never clearly materialized in the American consciousness.” (Trigger warning, big time.)

“All we have left is Jewish Mother. Someday, Jeff Goldstein, G_d willing, you will regret this.”

“More important, however, is that Vision Forum promotes a vision not just of male leadership in the family and the nation, but more specifically a vision rooted in an ideology of white male mastery.”

“The idea that racism ended permanently when a few heroic individuals who conservatives can now support decades after the fact in highly sanitized versions — so that the only remaining racism is liberal opposition to racism — is a fundamental principle of the contemporary Republican Party.”

“But since the days of slavery, into the days of super-predators, and now the time of the Knockout Game, there has always been a strong need to believe that hordes of young black men will overrun the country in a fit of raping and pillaging. It’s how we justify ourselves.”

December 3, 2013 'When the wicked perish, there is jubilation'
Recent Comments
86 Comments | Leave a Comment
"Which makes sense: a fixed-rate, 30-year mortgage means the payments you make to keep a ..."
lowtechcyclist Soap, soup, and salvation
"So! Children's Auntie just stuffed our car AGAIN.This is their last-minute clean-out because they're getting ..."
Jenny Islander Soap, soup, and salvation
"What Winged Beast said. Also, does she know that an overzealous immune response can be ..."
Inquisitive Raven ‘Prayer in schools’ is almost never ..."
"Did research. It looks like I was wrong."The Petty Officer Regrets His Error.""
Hawker40 Soap, soup, and salvation
Browse Our Archives
get the latest updates from
slacktivist
and the Patheos
Progressive Christian
Channel
POPULAR AT PATHEOS Progressive Christian
1