1. This is cool: Want to read a Gutenberg Bible?

The Bodleian Libraries of the University of Oxford and the Biblioteca Apostolica Vaticana (Vatican Library) have joined efforts in a landmark digitization project with the aim of opening up their repositories of ancient texts. Over the course of the next four years, 1.5 million pages from their remarkable collections will be made freely available online to researchers and to the general public.

… The digitization project will focus on three main groups of texts: Hebrew manuscripts, Greek manuscripts, and incunabula, or 15th-century printed books. These groups have been chosen for their scholarly importance and for the strength of their collections in both libraries, and they will include both religious and secular texts.

2. The Montgomery County, Pa., clerk is asking Pennsylvania’s highest court to overturn an order that he stop issuing marriage licenses to same-sex couples. D. Bruce Hanes signed licenses for 174 couples before a Commonwealth Court judge ordered him to stop in September.

Pennsylvania Republicans oppose Hanes’ attempt to introduce marriage equality here, so surely the Montgomery County Republican Party will have something to say in response to this latest effort by this official there in their county. Oops, no. They don’t. It turns out that the chairman of the Montgomery County GOP is a bit too busy just now to comment. But I’m sure that as soon as he posts bail, he’ll have some stern words in response to Hanes and his latest attack on the sanctity of the institution of marriage. 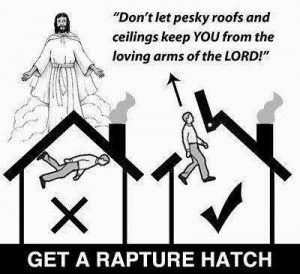 3. Brooke Jarvis provides a fascinating look at a complicated topic: “Inmate firefighters: Taking the heat, away from the cooler.” On the one hand, this seems like a positive opportunity for rehabilitation through dignified work. Plus it helps cash-strapped states faced with otherwise out-of-control wildfires. On the other hand, it provides a source of low-cost labor that likely suppresses the wages for all firefighters everywhere, while simultaneously feeding the very same slash-services, slash-revenue ideology that causes all those states to be so cash-strapped in the first place.

In any case, the plots for at least a half-dozen good novels and/or screenplays lurk in Jarvis’ terrific piece — I see potential thrillers, adventure stories, muck-raking “issue” stories, and possibly even a romantic comedy. Lots of story-fuel there, I think.

5. Wallace Best examines the decades-long fallout from Langston Hughes’ fierce poem “Goodbye Christ.” The poem’s mixture of pessimistic hyperbole and prophetic critique didn’t go over well, and Hughes wound up spending nearly 20 years writing and revising an essay called, “Concerning ‘Goodbye Christ,'” in which he attempted to explain what his poem meant. That didn’t really work, of course, because Hughes really was a poet, which means that there was only ever one way for him to say what his poem meant, and that was by writing it in the first place. Still, he had to try, because without him putting out such a prosaic explanation, too many others — from Aimee Semple McPherson to Sen. Joe McCarthy — were lining up to explain it for him, in the worst possible way. (Note: If you have, and wish to maintain, an unsullied high regard for Sister Aimee, then don’t click through to read Best’s article.)

6. “When the homeowners in the 59-site mobile-home park formerly known as Thunderbird gathered to give thanks last week, they had something new to add to the list: They now owned the land under their homes as well.”

They paid $1.57 million and the community will own the land as a cooperative in perpetuity. Residents no longer have to fear rent-hikes or the devastating cost of displacement, and their homes will now become a source of equity and security, rather than depreciating underneath them.

We could, and should, make it a policy to do this everywhere. The government could guarantee low-interest loans for such purchases and could create tax and other financial incentives for landlords to get with the program. That would help some 20 million American families — largely seniors, the working poor and military families like those who just formed the Whispering Pines Homeowners Co-op. And I don’t see any reason such a project couldn’t be completely bipartisan.

So after 20 years of talking with teens who had unplanned pregnancies and who were concerned about raising their children while they themselves were still adolescents, and after 20 years of working with LGBT teens who were bullied and rejected by their faith communities and families, and after 20 years of answering a student’s tearful question, “Am I going to hell?” with a resounding no over and over again, in short, after 20 years of fighting the effects of the dominant conservative Christian theology that was the polar opposite of the liberating gospel that grounds my faith and the faith of hundreds of thousands of other progressive Christians – after all that, it is not surprising that my career after divinity school led me to the Religious Institute.