1. Rick Warren tries to revive the garbled “ham sandwich” argument against health insurance for women, so Mark Silk revisits his earlier smackdown from back when Catholic bishop William Lori was peddling this pigslop last year. 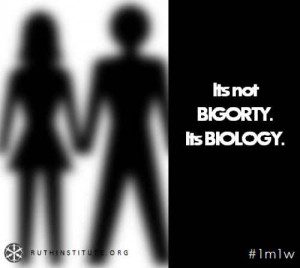 It might have been more effective to take that $5 million a year and just used it to write checks to couples experiencing marital strain due to financial hardship. It surely couldn’t have been less effective.

4. “Behind every great fortune lies a great crime,” Balzac said. That’s another problem with the “let private charity handle it” nonsense. The Gates Foundation does some really terrific, effective work all over the world. But the billions that fund that great work are invested in companies that are making all those problems worse. Charity is great but, without structural change and without just laws preventing such corporate harm, it can become a kind of perpetual motion machine. When great wealth is used to mitigate the suffering and injustices caused by the creation of that great wealth, then charity doesn’t change the world, it prevents the world from ever changing.

5. Some of the biblical “Satans” seem more like tricksters than like devils. This is true of most real-world “Satanists” as well.

7. Mallory Ortberg shares my fondness for melancholy holiday music. “Almost every song that is set at Christmastime but is not cheerful is guaranteed to break my heart,” she writes, rightly praising Merle Haggard’s “If We Make It Through December” as a classic example. “Anything that starts with ‘If’ is almost certainly going to be good.” (Here’s Lucinda Williams’ sound-check rendition.)

That’s what Randy Stonehill seems to have been shooting for with his maudlin “Christmas at Denny’s.” But where Ortberg notes that Haggard’s song is “quietly rather than melodramatically sad,” Stonehill’s slides headlong into melodrama. Through the first verse you can overlook some of the precious details and get swept up in the “If only, if only, if only” of the song’s chorus. But the heavy-handed lines keep piling up and the turn to melodrama is sealed when the narrator reveals the random tragedy that caused his brokenness. Melodrama takes away the narrator’s agency, which circumscribes the impact of that “if only, if only, if only” bit.

So this is a flawed song, and yet I’m still fond of it, and was pleased to see that someone has posted it to YouTube along with one of those slide-show things that, like Stonehill’s lyrics, thud down a bit too on-the-nose:

December 10, 2013
David Barton is a terrible liar, but he's still a very popular DM
Next Post

December 10, 2013 Scenes from the class war
Recent Comments
89 Comments | Leave a Comment
Browse Our Archives
get the latest from
slacktivist
Sign up for our newsletter
POPULAR AT PATHEOS Progressive Christian
1