Despite his devotion to dinner time prayers and Christian values, “Duck Dynasty” star Willie Robertson has been axed from speaking at a benefit in Bristol, Tenn. for the faith and bible-driven organization, Family Ministries.

The famous family announced its latest business venture last week: Duck Commander Wines. In conjunction with the winemakers of Trinchero Family Estates in Napa, the Robertsons’ own line of Red, Moscato and Chardonnay is slated to hit stores next month. According to the Ministries, Duck Commander Wines goes against the organization’s core values.

First Amendment concerns: None. The freedom of speech is not a constitutional right to be hired as a speaker for private religious organizations.

“Let’s have genuine diversity,” Russell Moore of the Southern Baptist Convention did not say. And Moore did not condemn this cancellation by saying, “Muting one another isn’t what debate is for in a free society.”

Nor did Louisiana Gov. Bobby Jindal say, “The politically correct crowd is tolerant of all viewpoints, except those they disagree with.” And he also did not say, “This is a free country and everyone is entitled to express their views.” 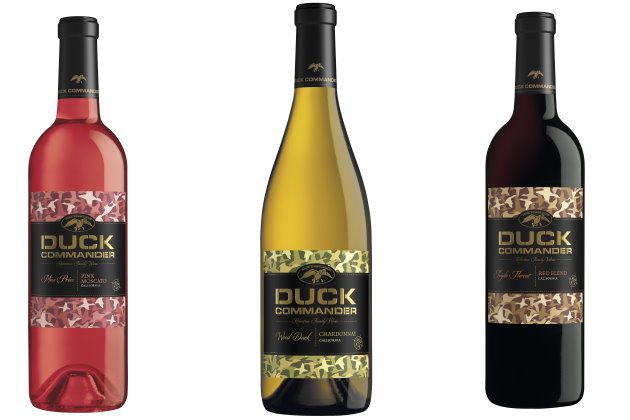 First Amendment concerns: None. The freedom of speech is not a constitutional right to be paid to appear on a scripted reality TV show.

Cries of faux lamentation over “censorship”: Multitudinous, loud and ongoing.

“Let’s have genuine diversity,” said Russell Moore of the Southern Baptist Convention. Moore condemned this suspension by saying, “Muting one another isn’t what debate is for in a free society.”

“The politically correct crowd is tolerant of all viewpoints, except those they disagree with,” said Louisiana Gov. Bobby Jindal.”This is a free country and everyone is entitled to express their views.”

The November and December stories are not exactly the same, of course.

In the December case, a cast member from the show sat down with a reporter and compared being gay to bestiality. And he also said black people were happier before the Civil Rights Movement, but have since become unhappy welfare-moochers with a sense of entitlement.

In the November case, cast members from the show reached a business deal with a Napa Valley winery.

White evangelicals seem confused about which of those is more offensive.