On Tuesday I posted that neat animated .gif showing the march of history toward marriage equality. And now, just six days later, that history is out of date. New Mexico I saw coming. But Utah — Utah! — was a surprise. 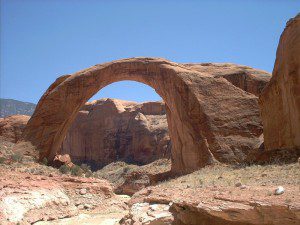 The ruling shouldn’t be a surprise. The constitutional question is not ambiguous or tricky in any way. The prohibition against marriage by same-sex couples is simply a violation of equal protection. Period. Opponents of marriage equality have tried for the past decade to come up with legal arguments that could credibly say otherwise and they have failed utterly to do so. Such arguments apparently do not exist.

But just because the law is clear doesn’t mean I expect the courts to feel bound to follow the law. Courts often bend to political pressure, concocting novel arguments or even just flagrantly making stuff up — as in the Shelby County decision this year, which pretends that Congress doesn’t have the power to enforce the 15th Amendment.

The State’s current laws deny its gay and lesbian citizens their fundamental right to marry and, in so doing, demean the dignity of these same-sex couples for no rational reason. Accordingly, the court finds that these laws are unconstitutional.

The State of Utah has provided no evidence that opposite-sex marriage will be affected in any way by same-sex marriage. In the absence of such evidence, the State’s unsupported fears and speculations are insufficient to justify the State’s refusal to dignify the family relationships of its gay and lesbian citizens. Moreover, the Constitution protects the Plaintiffs’ fundamental rights, which include the right to marry and the right to have that marriage recognized by their government. These rights would be meaningless if the Constitution did not also prevent the government from interfering with the intensely personal choices an individual makes when that person decides to make a solemn commitment to another human being. The Constitution therefore protects the choice of one’s partner for all citizens, regardless of their sexual identity.

That whole “absence of such evidence” bit is the challenge for the governor’s appeal. Such an appeal will require such evidence, and he hasn’t got any. So unless that appeal comes up with some previously unimagined new argument or produces some previously overlooked evidence, this ruling should stand and Utah will remain the 18th state to recognize marriage equality.

That leaves just seven slots available to the hold-outs who don’t want to go down in history as recalcitrant dead-enders (including, embarrassingly, my own state of Pennsylvania).

What an incredible day: I officiated for the marriage of two dear friends, both male. Who would have thought this would happen in Utah now. … I had a call from Nathan Spofford and Jim Belmont asking if I would officiate for their marriage now that it is legal in Utah. I said, “Of course.” (Their canonical requirements were met a few years earlier by their rector when he blessed their union in their parish.) I grabbed my “rainbow” stole and Prayer Book and went to the Salt Lake County Clerk’s office. I have never seen such a joyful group of people. Hundreds of them many standing in line, others getting married, family and friends all around. Lots of cameras and video cams. It was noisy and joyous and chaotic and wonderful.

We found a relatively quiet place and I married my two dear friends. I could not see it, but I am told that behind us a group had gathered and after I finished the blessing, there was applause from total strangers. You could hear applause all over the second floor of the County Building as couples were married. Marriages were happening everywhere!! It was incredible and wonderful and I loved it. I have never been in such a chaotic and joyous place for a wedding.

Fr. Lee refers three times to the joyful joyousness of this celebration. At some level it’s just deeply weird that this joy upsets some people. Why should others’ joy be upsetting? Even they can’t say for sure. But this joy just makes them angry.

December 22, 2013
The cost of reading every book: We know their names
Next Post