Larry Pratt: Still dishonest and violent, and still an upstanding pillar of the white evangelical community

Years ago, I sat with my then-boss Ron Sider during a Christian talk-radio debate on gun control with white evangelical activist Larry Pratt.

Pratt is the founder of Gun Owners of America, which he bills as the conservative alternative to the NRA. As Miranda Blue documents, Pratt is also a rabid conspiracy theorist with ties to white supremacists and Holocaust deniers, and he urges white people to own guns for fear of a coming “race war.”

Some highlights/lowlights from Blue’s report:

Like he did after the Sandy Hook shooting, Pratt has consistently pushed back against calls for gun law reform tied to the death of Trayvon Martin. 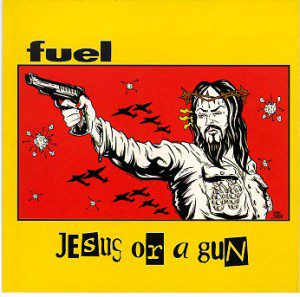 He accused advocates of “trying to use the race card to move against guns” and claimed that Attorney General Eric Holder’s consideration of a civil rights charge against George Zimmerman was an effort to “intimidate” white people into staying defenseless against “black mobs”…and to bring about communism.

Last month, Pratt alleged that Martin’s own family was responsible his death: “Probably what killed [Trayvon Martin] was the broken family that he was forced to deal with.”

… Pratt was kicked out of Pat Buchanan’s 1996 presidential campaign when it came out that he had ties with neo-Nazis, white supremacists, and anti-Semites. (Yes, Pat Buchanan perceived him as too racist). Just this year, Pratt was scheduled to spend the Fourth of July at an event hosted by a Holocaust-denying rock band.

And then there was this conversation that Pratt had with fringe talk show host Stan Solomon (who Pratt frequently joins as a guest), in which Pratt agreed that Solomon wasn’t “stretching” when he predicted that Obama’s second term would bring about a race war pitting “Christian, heterosexual white haves” against “black, Muslim and/or atheist…black have-nots.”

So obviously, that debate nearly 20 years ago was seen as controversial for Christian family radio.

Because of Ron Sider. He’s a pacifist, urges rich people to give money to feed the hungry, and he once voted for McGovern.

It was quite a bold move, then, for this radio station to ask a fine, upstanding pillar of the white evangelical community like Larry Pratt to agree to debate such a dangerous, fringe character.