“Wages ought not to be insufficient to support a frugal and well-behaved wage-earner. If through necessity or fear of a worse evil the workman accept harder conditions because an employer or contractor will afford him no better, he is made the victim of force and injustice.”

“President Barack Obama is throwing his support behind congressional Democrats’ proposal to raise the minimum wage to $10.10 and peg it to inflation, more than a dollar higher than the $9 proposal he made in his State of the Union address in February.”

“I would vote to repeal the minimum wage.” 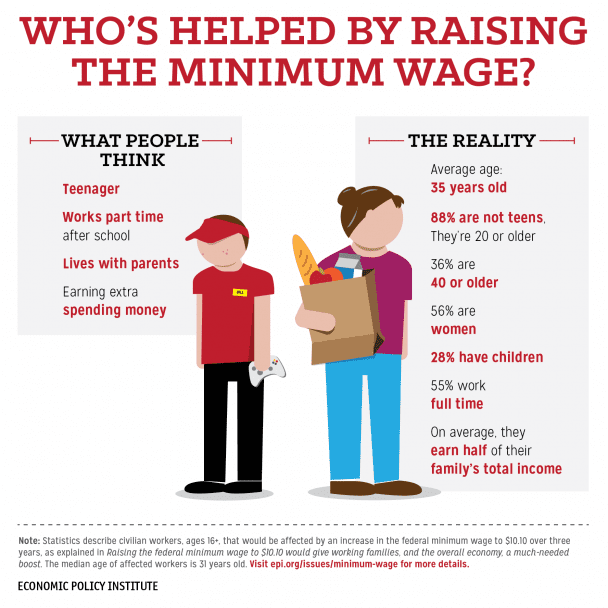 “Cutting unemployment insurance apparently hasn’t encouraged the unemployed to look harder for work: It has caused them to drop out of the labor force altogether.”

“While workers generally used to be employed directly by companies, they’re increasingly kept separated through arrangements with technically independent contractors, whose workers can be paid far less.”

“Shunting its workers off to temp agencies is just one of the many ways Wal-Mart diminishes what it sees as the risk of unionization.”

“People who are poor do not deserve to have children.”

“The other thing to consider is that it’s the poorest people who make up those 4.8 million who are missing out.”

“I’m concerned about the fact there seems to be a war on the poor. … That if you’re poor, somehow you’re shiftless and lazy.”

“It falls to us to tell them that they will die of diseases that are, in fact, treatable.”

“It’s like kicking a beggar and stealing his coat just because you know the cops will never do anything about it.”

“No, he’s not selling off the Vatican art collection — yet — but he’s calling for fundamental change in the way we think about money and our obligations to other human beings.”

December 23, 2013
'Bible prophecy' and why we can't have nice things
Next Post

December 24, 2013 Larry Pratt: Still dishonest and violent, and still an upstanding pillar of the white evangelical community
Recent Comments
0 | Leave a Comment
"Just popping in for shameless self-promotion.Read my blog: http://mousehole-mouse.blog...Now that I'm done, I'll bow out."
Jenny Mingus And in Samaria, and unto the ..."
"Especially two wars where the people in the middle of them didn't have much of ..."
Jurgan The IMDB “Goofs” page for the ..."
"Funny how the actual cartoon (Prince of Egypt) is a much more nuanced understanding."
Jurgan The IMDB “Goofs” page for the ..."
"DeMille was a Christian Libertarian who basically made Pharaoh a mix of Stalin and FDR. ..."
Jurgan The IMDB “Goofs” page for the ..."
Browse Our Archives
get the latest updates from
slacktivist
and the Patheos
Progressive Christian
Channel
POPULAR AT PATHEOS Progressive Christian
1