‘Bible prophecy’ and why we can’t have nice things

‘Bible prophecy’ and why we can’t have nice things December 23, 2013 Fred Clark

I got a 10-percent discount this weekend due to, “what’s been in the news lately,” as the nice lady working the cash register at Target put it. She meant this:

In a statement to potentially affected customers, Target confirms that the “unauthorized access to Target payment card data” at its retail locations (Target.com purchases were apparently not impacted by the attack) lasted from Nov. 27 to Dec. 15, effectively encompassing the heart of the store’s holiday shopping business and affecting around 40 million Target shoppers, according to the retailer. …

The breach didn’t just get at basic things like customer names and addresses — nope, Target says the data thieves rode off into the virtual sunset with info that included customer name, credit or debit card number, and the card’s expiration date and CVV (that three-digit security code on the back of your card).

Kevin Drum is not pleased with Target. “The most infuriating thing” about this massive carelessness with customers’ data, he says, is that the technology to prevent such data theft already exists and is being used in most other countries. Kevin cites this, from Chris O’Brien of the Los Angeles Times:

Over the last decade, most countries have moved toward using credit cards that carry information on embeddable microchips rather than magnetic strips. The additional encryption on so-called smart cards has made the kind of brazen data thefts suffered by Target almost impossible to pull off in most other countries.

Because the U.S. is one of the few places yet to widely deploy such technology, the nation has increasingly become the focus of hackers seeking to steal such information. The stolen data can easily be turned into phony credit cards that are sold on black markets around the world.

Kevin’s right that this is infuriating. But I think he’s wrong about why American companies haven’t implemented this technology. He writes:

There’s really no excuse for this. The technology to avoid this kind of hacking is available, and it’s been in real-world use for many years. Every bank and every merchant in American knows how to implement it. But it would cost a bit of money, so they don’t. 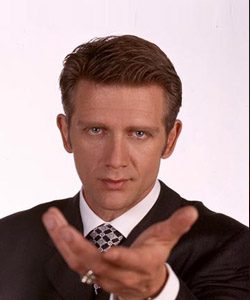 If you’re fortunate enough not to be familiar with the World’s Worst Books, Nicolae Carpathia is the name of the fictional Antichrist character in the Left Behind novels by Tim LaHaye and Jerry Jenkins. That series of books has sold something like 70 million copies over the past decade — one of the most phenomenal publishing successes since Hal Lindsey’s similarly themed The Late Great Planet Earth, which was the best-selling book of the 1970s.

That mythology is why tens of millions of Americans aren’t happy about an initial agreement to prevent Iran from developing nuclear weapons. Peace with Iran, to these “Bible prophecy” believers, means Armageddon is less likely. And they view that as a bad thing.

“Bible prophecy” mythology is also why thieves were able to steal consumer data from 40 million Target customers this fall. That theft was easily preventable with the smart-card encryption used in most other countries, but we can’t use that technology here in America because the phrase “embeddable microchips” sends tens of millions of Americans off the deep end. It’s the Mark of the Beast!

That’s also why, for example, you have to carry a piece of paper showing proof of insurance in the glove compartment of your car. Your status as an insured driver could easily be kept up-to-date with a smart-card driver’s license, but we can’t have those here in America because of Nicolae Carpathia.

So if you’re one of the 40 million Americans who has shopped at Target since Thanksgiving, then thieves may have your debit card number, expiration date and CVV — which is to say they may have access to your bank account. Yes, that’s infuriating. And, yes, you should be angry with Target for not handling your data responsibly.

But you should also be angry with folks like Tim LaHaye, John Hagee, Hal Lindsey and all the other “Bible prophecy scholars” whose foolish, anti-biblical heresies made this theft possible. To me, that’s “the most infuriating thing” about this story.