1. One of these is an actual recent apology, the other is a parody of such apologies. I’ve forgotten which is which, but either way, Mallory Ortberg is hilarious and Mark Driscoll is silly.

• “Sadly, there is no way to determine whether you have in fact been offended at this time, as the science just isn’t there yet.”

• “Mistakes were made that I am grieved by and apologize for.”

2. Vitamins: As Sheldon Cooper said on The Big Bang Theory, “What you’re buying here are the ingredients for very expensive urine.” 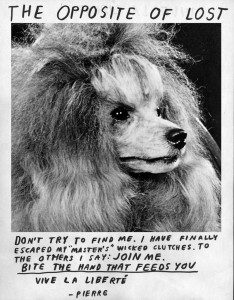 3. “Preacher of Love” is a worthy aspiration and legacy. It’s a much better aspiration and legacy than “He fought with all his might to deny our rights.” So, then, there are two options for how to go about living your life. One of them is, I think, will make you and others far happier than the other one ever could.

4. Item No. 1: “Donald Trump hates wind energy, has no ability to recognize satire.” And Item No. 2: New research published in Frontiers in Psychology finds that “children’s irony appreciation and processing were correlated with their empathy development, suggesting that empathy or emotional perspective taking may be important for development of irony comprehension.”

5. David Simon: “There are now two Americas. My country is a horror show”

So how does it get better? In 1932, it got better because they dealt the cards again and there was a communal logic that said nobody’s going to get left behind. We’re going to figure this out. We’re going to get the banks open. From the depths of that depression a social compact was made between worker, between labour and capital that actually allowed people to have some hope.

We’re either going to do that in some practical way when things get bad enough or we’re going to keep going the way we’re going, at which point there’s going to be enough people standing on the outside of this mess that somebody’s going to pick up a brick, because you know when people get to the end there’s always the brick. I hope we go for the first option but I’m losing faith.

6. Molly Worthen on “The Intellectual Civil War Within Evangelicalism”

In some sense, the idea of Biblical inerrancy, the idea that the Bible has no error, is an ancient one. The earliest Christians were concerned to safeguard the Bible as a source of perfect truth. But that project developed a new dimension in the century after the Reformation as a certain group of Protestant theologians—mainly those in the Reformed tradition descended from John Calvin and his Swiss and French colleagues, although there were some Lutherans in the mix, too—found themselves surrounded on the intellectual battlefield. On the one hand, they were fighting off the foes of the atheistic Enlightenment who were challenging the Bible’s truth claims. On the other hand, they were facing the scholastic theologians of the Catholic Counter-Reformation who were picking apart Protestant ideas in that annoyingly logical fashion that scholastics have. So these Protestant theologians were caught in a bind, and they responded by trying to out-rationalize the Enlightenment philosophers and be just as logical as the Catholic scholastics. They are really the founding fathers of the modern doctrine of inerrancy and this hyper-rationalistic, pseudo-scientific approach to scripture.

7. Not entirely safe for work, but only accidentally so: The Best News Bloopers of 2013.

Congratulations, President Trump: You Got Your...
Freelance Christianity
Related posts from slacktivist