“Nationwide, 12 million people make use of payday loans each year, turning to them for a desperate short-term cash infusion, and on average they spend $520 in interest to borrow $375, according to a report from The Pew Charitable Trusts.”

“Instead of helping homeowners as promised under agreements with the U.S. Treasury Department, Bank of America stalled them with repeated requests for paperwork and incorrect income calculations, according to nine former Urban Lending employees.”

“Forced arbitration clauses give corporate wrongdoers immunity from justice if they sell a shoddy product, commit fraud, violate consumer protection laws, or fail to do what they promised.”

“Millions of mobile phones, laptops, tablets, toys, digital cameras and other electronic devices bought this Christmas are destined to create a flood of dangerous ‘e-waste’ that is being dumped illegally in developing countries, the UN has warned.”

“An identity theft service that sold Social Security and drivers license numbers — as well as bank account and credit card data on millions of Americans — purchased much of its data from Experian, one of the three major credit bureaus.” 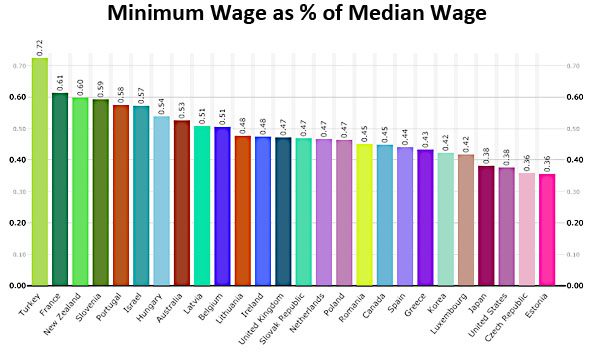 “Experian is not a company from which you can opt out.”

“A bad credit rating is far more often the result of unexpected personal crisis or economic downturn than a reflection of someone’s abilities.”

“Two-thirds of Americans over age 65 rely on Social Security for over half their income, and for over a third of all seniors, those checks make up more than 90 percent of their income.”

“Social Security is a system that pays for itself. If we did absolutely nothing to Social Security, we would make payments for more than 20 years exactly at this level. And then they would drop by roughly by about 25 percent and pay forever into the future.”

“I think it’s cool that China successfully landed a spacecraft on the moon today, but it makes me feel sad because we can’t even fix our own bridges.”

“By ‘infrastructure’ here I mean something more than the term usually implies: All the things that a First World country is expected to have: Not only roads, bridges, communication systems, cheap-and-efficient transportation systems, but also clean water, safe food, schools which provide the citizens of the country with the needed skills and knowledge, basic safety nets which protect them against major illness, the pains of old age and utter poverty.”

“A plan to put shelters in schools after seven children died in 2013 from a series of devastating tornadoes has been scrapped because Republican leaders are pushing for corporate tax cuts instead.”

“Hundreds of executives have used the same strategy, and Richard Covey, the attorney who pioneered the technique, said it has cost the federal government about one third of all estate and gift taxes collected since 2000.”

“It takes a remarkable degree of self-absorption and sense of self-entitlement to be healthy, young(ish) and affluent — and yet consider oneself a ‘loser.'”

“The Koch brothers have a combined net worth of $72 billion. Each of those billions is a thousand millions. So every million these guys spend is like a guy with $72,000 spending a single buck.”

“By saving those jobs and preserving the future of the American auto industry, it estimates that the bailout boosted personal income by over $284 billion from 2009 to 2010.”

Feeling unknown and you're all alone
slacktivist
Related posts from slacktivist