1. Blasphemy laws are always blasphemous — against religion, and against the rule of law. They invite — and ensure — abuse, spectral evidence, witch-sniffery, divination and extortion. 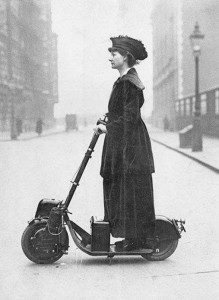 2. Most Christians who say they “believe” in an actual Hell as a place of eternal conscious torment really haven’t thought about it much. It’s just one of those things that falls into that hole of cognitive dissonance where we keep all the other things we try very hard not to think about much.

Because once you allow yourself to think about such a thing, and the implications of believing it, then it simply becomes repugnant, impossible and slanderous. It is the worst thing you could accuse God of doing — the worst, most hateful thing one could ever say or think or imagine about God.

If Hell doesn’t seem repugnant to you, then either you haven’t really thought about it, or else there’s something deeply wrong with your crooked and broken little soul.

3. Two of the Cardinal Rules for the religious right in America are these: 1) Israel must never, ever be criticized; and 2) Legal abortion is mass-murder just like Hitler Nazi Nazi Nazi Holocaust!!1! So I wonder what, if anything, the perpetually loud spokesmen of the religious right will have to say about this story.

Percent of funding for Title X, the federal program that supports family planning services, the Republican-controlled U.S. House of Representatives voted to eliminate in 2011 and 2012: 100

Francis’s new approach matters, potentially a great deal, if only because he is interfering with what was becoming a comprehensive alliance between the Catholic hierarchy and conservative political forces, certainly in this country. Vatican anti-capitalist rhetoric may have been dusted off from the days of Leo XIII and may obscure a deeper commitment to cultural reaction (indeed, some “progressive” Catholic teachings on economics are more rightly understood as pre-capitalist or feudal). But it’s got to sound like nails on a chalkboard to U.S. Republicans and their counterparts elsewhere. And it will almost certainly have a restraining effect on lower elements in the hierarchy — e.g., the U.S. Conference of Catholic Bishops — who seemed to be entering into a reflexive partnership with conservative evangelical Protestants and secular right-wing pols under the rubric of “religious liberty.”

So while it’s important that progressives writing and talking about Francis keep the change he represents in the proper context, that context also means welcoming this change without being accused of devaluing the interests of LGBT folk or women, who have the most to gain from any diminution of the power of the consolidated and comprehensive Right.

7. William Lindsey has similar thoughts, and makes “A Prediction for 2014: Increasing Attempts to Undercut Pope Francis’ Socioeconomic Teaching by Dividing His Supporters“:

… To undercut Francis and his socioeconomic teaching, one of the most effective tools they now have at their disposal is a divide-and-conquer tactic focusing on gay issues and the purported inability of the church to revise its understanding of gay people. Look for much more of this kind of undercutting, using gay lives as pawns in a cynical political game, in 2014. And look for mainstream media complicity in this tactic.

January 8, 2014
Today's Daily Blog of the Day: The Wild Hunt
Next Post