When we say that some white evangelical leaders are delusional and/or disingenuous political hacks, this is the kind of thing we’re talking about

January 10, 2014 by Fred Clark
0 Comments
When we say that some white evangelical leaders are delusional and/or disingenuous political hacks, this is the kind of thing we’re talking about January 10, 2014 Fred Clark

White evangelicals may have adopted Republican politics as a core creedal dogma, but they insist that doesn’t make them right-wing ideologues and servants of the 1 percent and its machine. No, no, no, no, no — white evangelicals are simply faithful allies of that machine because liberals are baby killers and killing babies is wrong and supporting anything supported by baby killers must be wrong.

Some fraction of the anti-abortion rank-and-file genuinely believes that. The most prominent leaders do not.

Those leaders aren’t swallowing that lie, they’re the ones spreading it.

“There has never been a more critical time for you to show your support to Israel and its Prime Minister, Benjamin Netanyahu! Become a Liberty Ambassador to Israel and have your faith strengthened and your resolve fortified to stand for Israel,” the group writes. “In light of the failed foreign policies of our current American administration, it has never been a more important time to express our unwavering resolve to stand united with Israel.” 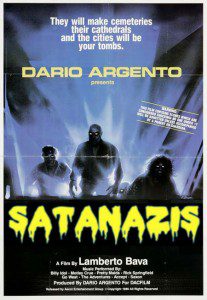 Matt Barber, Staver’s deputy at Liberty Counsel, has praised Netanyahu as the “Leader of the Free World” who turned Israel into “the shining city on the hill,” unlike President Obama whom the group regularly berates as “one of the world’s immoral leaders.”

The group accuses Obama of implementing “forced abortion funding” and “rubbing the aborted babies in the face of every single American.” They also argue that God will punish America for Obama’s “self-destructive” pro-choice stance, and have linked abortion rights to Satan, slavery, Nazism and the Holocaust.

Just a few months ago, Staver and Barber insisted that if they were to remain silent in their opposition to abortion rights, they would be just as bad as “those who silently stood by and allowed the Nazis to murder millions of Jews.” “Silence is affirmation,” Staver said. “If you are silent on this issue, you are affirming that this is something that is acceptable.”

“Posterity will view those who stood in silence or who tacitly accepted this abortion holocaust just as history views those who silently stood by and allowed the Nazis to murder millions of Jews,” Barber said, adding: “Are we comparing the pro-choice movement to the Nazi movement? Yes! Absolutely.”

At Religion Dispatches, Sarah Posner also discusses the white American evangelical reaction — or general lack thereof — to Israel’s abortion policies and notes that the Jewish population of Israel doesn’t share those white Christians’ theological antipathy to abortion: “Most streams of Judaism reject the notion that life begins at conception, and focus on the health and well-being of the pregnant woman in assessing the morality of abortion.”

But I think it’s wrong — inaccurate, false — to give any credence to the claims of people like Staver and Barber that their views are in any way based on their purported religion. Their ideology is wholly political. Just because their politics has swallowed up their religion — and the religion of millions of other white evangelicals over the past 30 years — doesn’t mean it becomes religion.

It’s still just politics. It’s still just a lie told to disguise their obsequious loyalty to the machine and to pretend, instead, that they’re acting on some noble motive, like … say … ooh, how about saving babies? Yeah, yeah, that’s it — that sounds really good and virtuous and noble. Who can argue with saving babies? So let’s say we’re saving babies from, um, from Satanic baby-killers who kill babies for Satan, slavery, Hitler and the Holocaust.

January 10, 2014 NRA: Counting on a miracle
Recent Comments
0 | Leave a Comment
"I don't see the cause of the problem with the stealing commas link - it ..."
stewart Smart people saying smart things (5.19.22)
"https://twitter.com/Teesy73..."
Skybison May 20 Flashback: ‘Papers, bitte’
"Weirdly enough, I also have a jar of pennies. I'm sure if I divvy it ..."
Antigone10 Smart people saying smart things (5.19.22)
"In Canadian news, the pro-coronavirus premier of Alberta Jason Kenney resigns after much of the ..."
Skybison May 20 Flashback: ‘Papers, bitte’
Browse Our Archives
Related posts from slacktivist