7 @ 9: Mulching is a process of inbred fertilization which …

2. Elizabeth Stoker vs. Ben Shapiro on Christian ethics and capitalism. Fish. Barrel. Not pretty. (But amusing.)

3. “Can the evangelical church embrace gay couples?” Ruth Graham asks in the Boston Globe, and she interviews a bunch of evangelicals who not only answer yes, but get all chapter-and-verse about it by citing scripture. 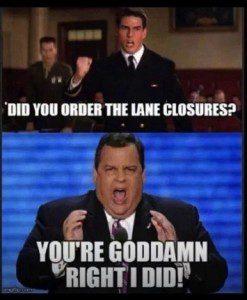 It’s good to have people like Matthew Vines out there fighting the fight over those clobber texts and how best to exegete them. But the improper exegesis of clobber texts is a second-tier problem. The more urgent problem is the idea that Christian discipleship consists of obsessing over a handful of clobber texts. It’s a tricky thing to respond to the misuse of those particular verses without reinforcing the larger error that gives them primacy, dictating that humans were made for the Sabbath rather than that the Sabbath was made for humans. (This is part of why groups like Christians for Biblical Equality remain marginal despite having won every exegetical argument for decades.)

4. Brian Pellot has a good discussion of the values and dangers of “self-interested” groups advocating the rights of “a particular community.” It can lead to empathy, the Golden Rule and a fuller understanding of justice for all. Or it can lead to tribal chauvinism.

5. Cheese dip! Jon Favreau wants to see a Groo the Wanderer movie. So do I. Jack Black, maybe. Or John C. Reilly. With Ben Affleck as Arcadio.

6. Evan Hurst on being the graduate of a private Christian school:

Many of the PCA kids I knew growing up were really, really freaking smart and went on to become quite esteemed in their fields. At least half of them have “left the fold.” I do not believe this is a coincidence. My non-denominational Christian high school has experienced a bit of that as well. I’ve never tried to submit an alumni update — “Evan Hurst is the Associate Director of Truth Wins Out, a gay rights organization that fights anti-LGBT religious extremism, and a co-founder of the NALT Christians Project, where Christians around the world are standing up to proclaim that they fully support inclusion and equality for LGBT people” would probably be reduced to “Evan Hurst is apparently a godless heathen, bless his heart” — and I doubt I will.

7. Rebecca Parker in Proverbs of Ashes (via Sarah Moon):

Religion needs to foster a truer regard for life when it is disrupted by betrayal and violence. Perpetrators of violence lose their humanity. So do victims. Strategies for social change must address the consequences of oppression for those who are injured by it. It is not enough to glorify and praise victims for their forbearance or to see them as servants of the perpetrators’ conversion.

Without outrage and grief on behalf of victims, we easily return to valorizing self-sacrifice. … This theology will leave an abused child or a battered spouse defenseless. Theology needs to teach us how to be for ourselves and for others simultaneously, to hold both lives sacred. If either life is being exploited or injured by the relationship, there should be action that will restore ethical relationship and redress the harm. Only then will our concern extend equally to victims and to victimizers. Otherwise, the victimizer is always the object of the victim’s concern, but the victim is never the object of his or her own concern.