I’m not sure if it’s because of the lunar new year or because of the cross-quarter day or what, but the fiscal new year for the Big Box starts Monday. And thus, like all American corporations, we’re busily gaming the stats to create the illusion of short-term quarterly profits. Corporate has, apparently, decreed that it wants to see what it regards as “improvement” in hourly labor costs from Q4 to Q1, so we’ve been busily hacking that metric all week.

In practical terms, for me, what that means is this: This week, the store is offering all the extra hours anyone is willing to work, while next week they’re cutting back everybody’s hours. So I’ve been spending way too much time this week at the Box, plundering the Egyptians and storing up during the fat weeks for the lean weeks to come (I’m mixing metaphors there from Exodus and the end of Genesis, but you get the idea).

Here, that should work the other way around — with more bloggy goodness next week to make up for the lack thereof last week. (Or I may just end up catching up on sleep.)

Anyway, here’s an amazing production by Todrick Hall, plus some Saturday links:

“I turned to the co-pilot and I asked her, ‘You know how to land the plane, right?‘ And she said yes. … I felt immediately comfortable. That was just one thing I didn’t have to think about, so I could focus more on what was going on with the patient.”

“The Bible and the early Christian creeds say nothing about ‘going to heaven.’ Yet that phrase has become virtually synonymous with salvation in many minds.”

“How the simple words of Christ, ‘Believe on Me,’ grew into a vast system set forth in hard and technical terms which the first teachers of the word could not even have understood, is a strange reflection which, living eighteen centuries afterwards, we are unable adequately to realize. To us they seem to have gone into too much detail, and that on subjects which transcend human thought and language.”

“Since too many students were refusing to fill out the CCRF early in their relationships (and claimed ‘just friends’ status) the friendship request form was born.”

“Indeed, apparently this is a ‘stock’ sermon that came out of an institution of higher learning located in Dallas. Said institution has spawned many preachers who have regurgitated the Alef Tav sermon to their unwitting congregations.”

“It is times like this that we find the lack of detail in local news stories rather disappointing.”

“The shift from the facts and arguments at issue to the ‘tone’ with which they are being discussed is a common method by which a member of an oppressing class seeks to maintain domination and control.” 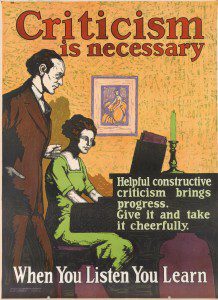 “Last time I checked, Scripture has only a few things to say about anger, one mostly being that people do not go to bed angry. Other than that, it doesn’t say anything against using anger constructively, say writing passionately and persuasively as a form of nonviolent resistance.”

“To disparage is but one tool in a writer’s kit, but it’s an essential one.”

“Accountability, criticism and even outright rage can be the best way to show respect to those who fail to be true to their stated principles — because it allows them the opportunity to be humble, grow and change for the better.”

“Lucky numbers and newspaper horoscopes were not Reagan’s only interest in the arcane.”

“Nevertheless, a world in which it is wrong to murder an individual civilian and right to drop a thousand tons of high explosive on a residential area does sometimes make me wonder whether this earth of ours is not a loony bin made use of by some other planet.”

“Buried beneath a full ten-acre American cemetery is enough wood to build forty houses, twenty thousand tons of concrete from the vaults, over nine-hundred tons of casket steel, and enough embalming fluid to fill a small swimming pool.”

“An estimated 40 percent of the country’s urban streams have chloride levels that exceed safe guidelines for aquatic life, largely because of road salt.”

“We’re now facing the reality that in the not too distant future, the bay is going to rise up and consume the church.”

“I was offended by his suspicion that any of us would ever write about such sensitive matters.”

“Or perhaps that’s its mate or one of an entire colony of goddamn lizards who have taken up residence in your ukulele.”

“Belgium schmelgium — show me the beans!”

February 2, 2014 Sunday favorites
Recent Comments
0 | Leave a Comment
"More crudely put (trigger warning) there's an old saying that "W*gs begin at Calais""
Christopher Bacon ‘Nobody’s from here’
"Myself I prefer to use the term First Nations because it's more accurate. "Native American" ..."
Christopher Bacon ‘Nobody’s from here’
"Another version has it that kan guru meant "what are you asking?""
яовэят ёскэят White evangelical ‘vaccine skepticism’ doesn’t not ..."
"It was hanging from the rear view mirror. Check your own State laws. I was ..."
Ellie is still here in 2021 White evangelical ‘vaccine skepticism’ doesn’t not ..."
Browse Our Archives
get the latest from
slacktivist
Sign up for our newsletter
POPULAR AT PATHEOS Progressive Christian
1

Are We Seeking Validation by Tolerating Toxic Relationships?
People will always find ways to validate and justify their choices and...
view all Progressive Christian blogs
What Are Your Thoughts?leave a comment
Copyright 2008-2021, Patheos. All rights reserved.