Scenes from the Class War

“These men who rigged the rules of the game to make themselves obscenely wealthy are trying to convince themselves, and us, that they’re entitled to those rewards.”

“At least 268 of 534 lawmakers currently elected to the House of Representatives and the Senate had a net worth of $1.0 million or more in 2012, according to disclosures filed by all members of Congress.”

“As state governments limit reproductive rights, gerrymander voting districts, harm workers and the environment, and suppress the vote, we are all North Carolina now.”

“They’re a few miles down the road, and you might as well be on the other side of the world.”

“The idea that screwing workers and the public are the only path to economic development isn’t at all irrefutable outside the fever swamps of those avidly pursuing a race to the bottom.”

“But then the coal industry has always expressed nothing but respect for the people of West Virginia.” 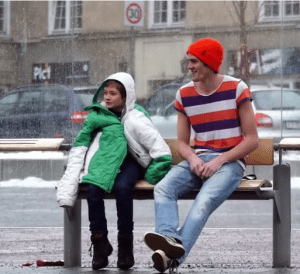 “I now see why the Republicans passed the bill to gut Superfund.”

“You’d think certain politicians would be outraged about that, but since they like the energy, they’re okay with not pricing it in.”

“We say ‘job creator,’ voters hear ‘my boss.’ And voters hate their bosses.”

“That’s something we’re looking at.”

“As I read the long and varied literature on this, the research finds job loss effects ranging from small to zero. Some very high quality studies find zero, some find small.”

“‘These just weren’t violations,’ explains a Labor Dept. rep. ‘This was part of [the] business model.'”

“When you hear employers complaining about how they can’t find the skilled workers they need, remember to plug in the unstated second part of the sentence, ‘… at the wage I’m willing to pay.'”

“The poor people I know already do work hard; what they lack is a job that actually pays enough to cover their needs.”

“I was a derivatives trader, and it occurred to me the world would hardly change at all if credit derivatives ceased to exist. Not so nurse practitioners.”

“In spite of the dwindling number of consumer-friendly accounts available to us, we continue to pump more money into checking accounts — money the banks can use to make loans and earn interest — and many of us do so without expecting anything in return.”

“It’s a bit like advertising a car by bragging that it has tires and a windshield.”

“Many states pay very, very low wages for people administering these programs, and so there’s a lot of turnover.”

“Nationally, however, there is no guarantee that workers will get paid time off for an illness or to care for a sick family member, which means 40 percent of private sector workers don’t have access to leave.”

“Marriage ‘lifts’ families out of poverty not by increasing their incomes but by reducing what the federal government assumes their expenses to be.”

“Capitalism did not eradicate smallpox. It just doesn’t know how.”