Bill Zedler has served on the Advisory Board of the Arlington Crisis Pregnancy Center, so you would think he’d know about the old bait-and-switch and about getting swindled under false pretenses.

Wayne Christian also has plenty of experience with rackets that operate on the shady side of the line — he led a legislative push to allow Texas universities to take tuition payments in exchange for instruction in young-Earth creationism and “Intelligent Design.”

And yet, despite this familiarity with such tactics, both men — Republican state legislators in Texas — were among the victims of a $2.5 million energy-trading scheme run by a guy who, among other things, claims to have found Noah’s Ark. Gromer Jeffers Jr. reports for the Dallas Morning News:

Instead, the lawmakers said in a lawsuit, they were scammed by a chiseler who once claimed to have found Noah’s Ark.

Seeing wealthy lawmakers and businessmen fall prey to such schemes is a reminder that we all need to be vigilant lest we, too, find ourselves being taken to the cleaners by con artists.

Here, then, are some warning signs that these Texas lawmakers missed. Let’s all try to learn from their mistake:

1. Beware of appeals based on religious or political affinity.

Victor Lustig was a legendary con artist who “sold” the Eiffel Tower, twice. His “10 commandments” for con artists includes both of these:

Archer Bonnema seems to have followed both of those commandments in narrowly targeting conservative evangelical Republicans:

He had been closely linked with the community for years, often distributing video accounts of a 2006 expedition to Iran, led by Dr. Bob Cornuke, that he participated in. Bonnema said they discovered Noah’s Ark, though experts have disputed the claim. …

“I ran into him at a conservative event,” said Zedler, R-Arlington. “What he had said was he was in the Mount Ararat region and they had come up with some stuff. He may have given me a DVD.” …

“He put that Christian spin on it, that he was a godly man,” Christian said. “He’s still going around to churches playing that game with unsuspecting people after he got off with our money.”

This was shrewd on Bonnema’s part. He targeted a tight-knit tribe that’s notorious for its uncritical acceptance of anyone who embraces the tribe’s totemic signifiers. These aren’t secret handshakes or coded passwords — the tribe is explicitly public about its shibboleths and litmus tests. That makes the tribe particularly susceptible to impostors. Add to that this tribe’s instinctive refusal to listen to critical or skeptical questions from outsiders and you’ve got a subculture that’s perfectly groomed for exploitation.

2. If they’re lying to others, they’re probably also lying to you.

Con artists rationalize their predatory behavior by telling themselves that “you can’t con an honest person.” That’s self-justifying BS, of course — con artists steal from honest people all the time, often preying on their honesty, idealism or altruism. But it’s often easier to con a dishonest person, and certainly easier to con a greedy one. 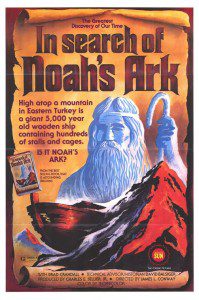 It also helps if the victim of a con is duped into believing they’re a co-conspirator in some dodgy scheme — that they’re getting in on some secret trick of dubious propriety. That means, among other things, that the victim is less likely to go running to the police when the scam starts to turn on them.

Our upright Christian Republican Texans ignored at least two huge warning signs that they were dealing with a shady fraudster. First off, this was an energy trading scam — an “investment opportunity” in an enterprise that didn’t create anything, but which somehow promised to skim huge profits by beating the markets with its magic software. Ten years after Enron, these investors still somehow imagined that sounded legitimate and honest. Or else, 10 years after Enron, they thought it sounded like their special, insider-y chance to get in on the ground floor of the next Enron.

The other big clue that these folks were dealing with a con artist was, again, that the man claimed to have found Noah’s Ark. Bonnema was an arkeologist, a veteran of the Expedition to Ararat scam — a grift almost as legendary as Lustig’s sale of the Eiffel Tower.

If I told you I made a fortune selling authentic pages from the original Red Book of Westmarch, you might admire my ingenuity and my audacity. You might respect my proven ability to locate so many gullible wealthy people who both revered and fundamentally misunderstood Tolkien. But it would be foolish for you to take this as evidence that you should trust me when so many others clearly could not.

3. Piles of plunder are evidence that you’re dealing with a plunderer.

When the late Clarence Jordan, founder of Koinonia Farms, visited the large home of one of his wealthy patrons, he liked to say, “Fine piece of plunder you’ve got here.” That was a reminder — to himself as well as to them — that, as Balzac said, “Behind every great fortune lies a great crime.”

Part of Bonnema’s pitch to would-be investors/victims was apparently inviting them to his opulent home:

Zedler and King went to a presentation at Bonnema’s home for potential investors.

“You should have seen his house,” Zedler said.

Instead of seeing that house as evidence of Bonnema’s success at getting others to make him rich, Zedler strangely viewed it as an indication that Bonnema was likely to spread the wealth to others (or, at least, to the right kind of select others).

The four lawmakers, it seems, were getting high on their own supply of all the “Makers and Takers” rhetoric now so popular in their party. They seem to have bought into that mythology, which portrays the very rich as magnanimous, and thus to have let their guard down around someone whose ostentatious wealth should have marked him as a predator.

And if Bonnema’s home wasn’t enough of a clue, there was also this:

Paxton, whom Bonnema and his family had given campaign donations that eventually totaled more than $11,000, became an early investor.

It’s a bit worrisome that a lawmaker would accept such big donations without at least considering the possibility that the donor was motivated by something more than generosity and civic pride.

4. Anyone who tells you the Bible will make you rich is a grifter. Run.

Describing Bonnema’s house, Zedler says, “On the ceiling there was a dome and around the dome there was a Bible verse.”

I would love to know what Bible verse that was. I couldn’t begin to guess — but I could come up with a long, long list of Bible verses I’m pretty sure it wasn’t.

The victims of this scheme seem to have perceived Bonnema’s extravagant displays of piety as evidence of his trustworthiness when, in reality, such displays should have raised their defenses. It would be nice if the adjective “Christian” in the phrase “Christian business” allowed us to conclude that such a business would be in some way Christlike — trustworthy, faithful, honest, just. But experience has taught us, instead, that the use of this adjective is a danger sign warning that we may be dealing with someone who believes that pious platitudes can make up for shoddy or incomplete work — and who is likely to run and hide behind Matthew 18 if we’re ever forced to resort to legal recourse to ensure we get what we paid for.

It’s possible that Bonnema had something like that old Matthew 18 dodge in mind when he targeted these particular lawmakers, as the Texas Freedom Network explains:

When the company collapsed, Christian, King, Paxton, Zedler and other investors sued, claiming they were victims of a Ponzi-like scheme. That’s also a bit ironic. The good-government, anti-corruption group Texans for Public Justice reports that those four politicians have received more than $620,000 since 2008 from Texans for Lawsuit Reform — a political action committee that wants to make it harder for Texans to sue when they think they have been wronged.

These Texas Republicans should have heeded the wisdom conveyed in the old joke/parable about the “Christian Yellow Pages.”

“So you’re a Christian, then?”

“Well then I’ll need you to pay up front.”

Let me be clear: no one deserves to be ripped off by a pyramid scheme, no matter how credulous, greedy or tribalistically naive they may be. And it certainly appears that this was a pyramid scheme, as that Dallas Morning News report says:

Paxton, like the other investors, was given an investor account, and Bonnema would make trades on the electric market using the money, even though he was not a licensed broker, court documents say.

On the other hand, though, greed, gullibility and a myopic tribal chauvinism are not traits that commend someone as a candidate for the state legislature.

March 3, 2014
A wolf in wolf's clothing: Reviving the 'religious liberty' to hang Quakers in Boston Common
Next Post