Here is my best advice for good Christian kids looking to get married: have sex already.

Is there an e-mail masterlist for all evangelical youth pastors? Because it would be a very Good Thing to send every one of them a link to that post. Read the whole thing. 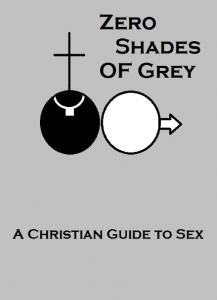 • Researchers at Case Western have published a study — “Transgression as Addiction: Religiosity and Moral Disapproval of Perceived Addiction to Pornography” — which “found that on the whole, religious people were just as likely to view pornography as nonreligious people.”

• Via Kate Schell, I learn that in some Christian circles, single adults have embraced the term “pre-married.” Ugh. Good Lord, no. I appreciate the intent there, I think, which is to avoid becoming defined by one’s singleness. But defining oneself by one’s not-yet-marriedness is no solution.

My surrogate grandma Myrt liked to say “There’s a lid for every pot.” She meant that as a hopeful expression — there’s somebody for everybody. And she meant it as cautionary advice — don’t settle for a lid that doesn’t fit.

But she most certainly did not mean that lidless pots are useless and worthless and should be defined as being in state of pre-lidded limbo until they attain the legitimacy that can only come from finally finding a lid.

• This is horrible news. I’ve known and admired many wonderful people who were part of the JPUSA community. The Cornerstone music festival was one of the best parties I’ve ever been to.

Yet it’s also a place where I heard one of the most disturbing talks about sexuality I’ve ever encountered. I didn’t then have the mental vocabulary to make sense of the victim-blaming horrors of purity culture in that talk, but I recognized it as the same cruel ugliness I’d heard elsewhere. And hearing it from a “rock star’s” wife while seeing a tent-full of kids with tattoos and piercings nodding along was somehow even creepier and more unsettling than when I’d heard it in a room filled with freshly scrubbed kids who were destined to go off to Bob Jones or Pensacola.

That’s why seeing this trailer last week  was shocking, but not surprising.

• Boz Tchividjian, “Christians and the struggle to report child abuse”

March 7, 2014
Words have their place, but live what you say
Next Post