Postcards from the Culture Wars (3.8)

“It’s shocking because he’s supposed to be a good example to the community and a Christian leader. … It just sets a bad example.”

“Boys will be boys.”

“He would never think of women as victims because, unlike you, he does not hate women.”

“‘Theology of women’ can’t merely consist of a bunch of unmarried men telling women what it means to be female.” 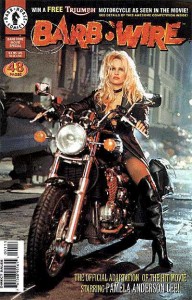 “Our task as a church is to heal the broken places that resulted from the fall and show the world God’s intentions. One of these broken places is the equity and dignity between men and women.”

“The wife is to voluntarily submit.”

“Now you’re putting this woman through risky medical procedures for no good reason.”

“It means women see their bodies damaged, their fertility impaired and their lives threatened.”

“To insist — as do the U.S. bishops in their religious freedom crusade that birth control is not health care, when every major health organization maintains that it is crucial the health of mothers and babies — is downright medieval.”

“Couple this with studies showing that fewer abortions have occurred when Democrats have the White House and any reasonable observer is compelled to ask, ‘Who are you calling babykiller, motherf—r?'”

“Excluding same-sex couples from marriage has done little to keep Oklahoma families together thus far, as Oklahoma consistently has one of the highest divorce rates in the country.”

“Vince knew Harold was gay and didn’t just believe in ‘tolerance’ but believed strongly that discrimination against gay people was wrong.”

“There were mistakes made in the 1930s by Hitler because he wanted to make Germany strong.”