You know why LGBT people have such a bad impression of Christians? It’s not because of protesters with “God hates fags” signs. We know they’re extremists. It’s because of daily being dehumanized by the Christians who lecture and preach at us, treating us as issues instead of as human beings — and because of the Christians we know who stand idly by, thinking that if they’re not actively hating us, that counts as loving us. 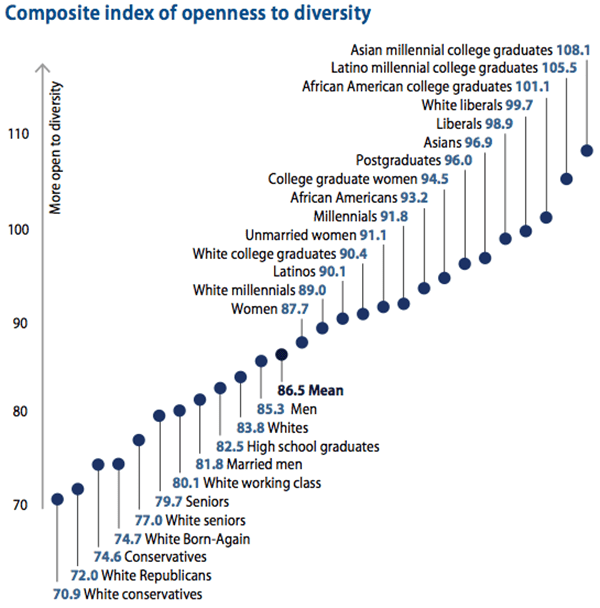 After being branded as possibly the most racist preacher in America because of his opposition to interracial relationships, Bro. Donny Reagan of Happy Valley Church of Jesus Christ in Johnson City, Tenn., is apologizing to anyone who may have been offended by his message.

Reagan explained that even though he doesn’t believe in interracial relationships, he isn’t a racist.

Bro. Tim Mullen of Reagan’s Happy Valley Church explained further in an email to The Christian Post on Wednesday. …

And you should mention that most of the statements he quoted were not his words, but were words from William Branham, and thus may sound out of date, or rude or non-politically correct in 2014. But the context is not racial. …

Sorrowfully, this was all started by a woman who had quit the church and is now basically an atheist. She sent the service of her choice to the atheist on YouTube, who then used screen save software to make the 17 minute video and post it. Then it was there to share with the media. This is one person, a woman, getting her self-made revenge against what she hates.

Bigotry derived from religious principles is still bigotry. Whether the people who implemented Bob Jones University’s notorious ban on inter-racial dating considered themselves to be actively biased against black people, or simply enforcing what they understood to be Biblical rules against miscegenation is an interesting theoretical question. You can perhaps make a good argument that bigotry-rooted-in-direct-bias is more obnoxious than bigotry-rooted-in-adherence-to-perceived-religious-and-social-mandates. Maybe the people enforcing the rules sincerely believed that they loved black people. It’s perfectly possible that some of their best friends were black. But it seems pretty hard to make a good case that the latter form of discrimination is not a form of bigotry. And if Friedersdorf wants to defend his sincerely-religiously-against-gay-marriage people as not being bigots, he has to defend the sincerely-religiously-against-racial-miscegenation people too. They fit exactly into Friedersdorf’s proposed intellectual category.