White evangelicals getting ready to rewrite the Bible. Again.

Click over to the American Prospect and read Amelia Thomson-DeVeaux’s vital piece about “The Strange Bedfellows of the Anti-Contraception Alliance.”

It’s pretty long, because it’s scrupulously documented, so if you don’t want to read the whole thing right now that’s OK. You don’t need to read it right now. But you do need to read it 10 years from now.

It’s very, very important that you read it 10 years from now. 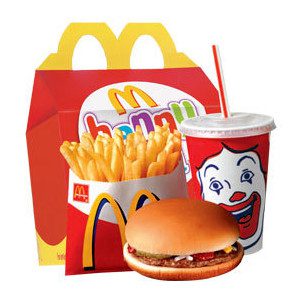 So here is what I want you to do. I want you to print out a hard copy of Thomson-DeVeaux’s article. Here is a .pdf version you can use. The Prospect’s print feature is a bit awkward, so there’s a big chunk of white space there between the title of the piece and the picture of Cardinal Dolan. That’s good, in this case, because I want you to use that white space to write a message to yourself to be read 10 years from now. Write: “It is March, 2014, and most American evangelicals do not believe that using contraception is a sin.” Then write today’s date and sign it.

Now fold this neatly, put it in an envelope and seal the envelope. Write your own address on the front and then, on the back, write “To Be Opened and Read on March 18, 2024.”

Take this envelope to the post office, put a first-class stamp on it, and mail it to yourself. It will arrive at your home in a few business days with an official postmark bearing today’s date. Don’t open it. Set it aside somewhere safe. File it away with your passport and insurance papers and all the rest of that important stuff so that, 10 years from now, you will be able to find it again, and you will be able to open it and read it as per the instructions you’ve just written for yourself today in 2014.

This time capsule will make for strange reading in 2024. Thomson-DeVeaux’s words will seem alien and insane, and so will those astonishing words written next to Dolan’s picture in your own handwriting. “It is March, 2014, and most American evangelicals do not believe that using contraception is a sin.”

This time-capsule letter will be jarring, almost frightening, not just because of the sweeping, radical change in evangelical opinion over the previous decade, but because of the near-unanimous agreement that everyone pretend that change never occurred. It will be almost as though everyone had forgotten making that change. Your future self will not remember that change taking place. Your future self will, like everyone else, be convinced that nothing has ever changed — that evangelicals have always, always, always been adamantly opposed to the use of contraception.

Perhaps this seems like a strange prediction. Perhaps you think I’m exaggerating.

But this has happened before.

And because it has happened before, it can happen again. And I believe that it is happening again — that we’re seeing it happen again, now, yet just like before we will soon forget that we saw it happen. We will soon forget that it happened at all. A radical transformation of evangelical identity will occur such that who we are 10 years from now will be utterly different from who we are today and yet, once again, we will collectively forget that any such transformation ever occurred.

This time-capsule letter to yourself may be the only way of preserving or restoring the memory of what really happened.

Imagine that you had written yourself such a time-capsule letter back in 1973. Imagine you had taken a copy of the Southern Baptist Press news bulletin and enclosed it in an envelope mailed to yourself with the instruction, “To Be Opened and Read on January 31, 1983.”

Ten years later, watching President Reagan and Jerry Falwell on the nightly news, you would have unsealed the envelope and read these inconceivably strange words:

WASHINGTON (BP) — The U.S. Supreme Court, in a 7-2 decision that overturned a Texas law which denied a woman the right of abortion except to save her life, has advanced the cause of religious liberty, human equality and justice.

You would have been bewildered to see your own handwriting there on the page, a message to yourself written 10 years earlier: “It is January, 1973, and most American evangelicals believe that abortion should be legal.” You would have had a very hard time accepting that you could ever have written such a thing — that anyone could ever have written such a thing. How could it be that the central defining characteristic of American evangelicalism was less than a decade old? And even stranger: How could it be that such a radical, sweeping transformation in evangelical identity had occurred without anyone remembering it happening?

But it did happen. And that transformation was so sweeping and so radical that evangelicals didn’t just rewrite their own history, they rewrote the Bible. They changed the words of the Bible to change the meaning of the Bible:

Wycliffe and the majority of English translators who followed him all read this verse the way that it had been read for centuries before there ever existed such a thing as the English language into which it could be translated. … They translated it to mean what it had long been understood to mean, and in the only way that it makes sense to translate it in the context of the rest of this chapter.

The New American Standard Bible translated this passage that same way up until 1977. But something changed between 1977 and 1995 — something that had nothing to do with scholarship, language, accuracy, fidelity or readability.

American politics had changed between 1977 and 1995. It had polarized and radicalized millions of American Protestants, rallying them around a single issue and thus, as intended, rallying them behind a single political party.

In 1977, the sort of American Protestants who purchased most Bibles couldn’t be summed up in a single word. But by 1995, they could be: “abortion.”

And so in 1995, like those earlier translators who invented and inserted “Junias,” the translators of the NASB reshaped this passage. “She has a miscarriage, yet there is not further injury” would, in consideration of the changes in American politics since 1977, henceforth be transformed into “she gives birth prematurely, yet there is no injury.”

So write yourself a note and seal it in a time capsule. Remember.

March 18, 2014
Science for non-scientists open thread -- primordial which?
Next Post