I Don’t Want to Bring Adjustment to This World

Mega-church mega-nepotism beneficiary Matthew Hagee is a “Bible-prophecy” peddler whose politics fall somewhere to the right of the tea party, but the man can sing. Here’s his latest, “I Don’t Want to Get Adjusted,” a Southern Gospel standard by Sanford Massengale. It’s pleasant enough, even despite the clumsy hook, which riffs on, and mangles Romans 12:2:

Like his dad, John Hagee, and like Tim LaHaye and every other “Bible prophecy scholar,” Matt Hagee embraces an otherworldly religion that sees our main duty to be sitting around waiting for the world to end while refraining from a culturally defined list of vices and sins. That religion, like this song, is about leaving “this world” for “a home so much better.” 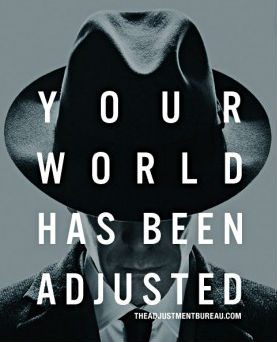 This song, for me, is like “I’ll Fly Away” and many other Southern Gospel standards — I like the song, but I very much dislike its theology. Iris Dement has a terrific version of “I Don’t Want to Get Adjusted,” but for the historical/theological context, also check out this rendition by The Happy Goodmans. That theology is intrinsically, overwhelmingly, white.

This is what I’m trying to stress when I emphasize the whiteness of white evangelicalism. That’s a theological category, not a demographic one. The otherworldly, soterian white gospel is about escaping this world unadjusted. It had to become that, because that was the only way to accommodate the injustice that formed the foundation of the white culture that created this theology. You’re a Christian. “Your” slave is also a Christian. So nevermind that — let’s talk about Heaven. Let’s talk about nothing but Heaven.

I give John Hagee and his Cornerstone mega-church credit for their attempts to promote and condone ethnic and racial diversity. There are thousands of reasons why the up-to-a-pointness of such efforts are inadequate, but the biggest obstacle facing such efforts is the central fact of white evangelical theology — the otherworldliness it embraced in order to defend and to sanctify white supremacy. It’s difficult to pursue racial justice when you theology was carefully designed to be a mechanism supporting racial injustice.

“Don’t get adjusted to this world,” St. Paul wrote in his epistle to the Romans. He wasn’t talking about keeping yourself “pure” while awaiting the day when God will whisk you off to Heaven (by death or by “Rapture”). He wasn’t talking about refraining from playing pool in honky tonks, as in Matthew Hagee’s video, or about refraining from baking cakes for same-sex couples, as in Hagee’s sermons.

This is what Paul was talking about:

Do not be conformed to this world, but be transformed by the renewing of your minds, so that you may discern what is the will of God — what is good and acceptable and perfect. …

Let love be genuine; hate what is evil, hold fast to what is good; love one another with mutual affection; outdo one another in showing honor. Do not lag in zeal, be ardent in spirit, serve the Lord. Rejoice in hope, be patient in suffering, persevere in prayer. Contribute to the needs of the saints; extend hospitality to strangers.

Bless those who persecute you; bless and do not curse them. Rejoice with those who rejoice, weep with those who weep. Live in harmony with one another; do not be haughty, but associate with the lowly; do not claim to be wiser than you are. Do not repay anyone evil for evil, but take thought for what is noble in the sight of all. If it is possible, so far as it depends on you, live peaceably with all. Beloved, never avenge yourselves, but leave room for the wrath of God; for it is written, “Vengeance is mine, I will repay, says the Lord.” No, “if your enemies are hungry, feed them; if they are thirsty, give them something to drink; for by doing this you will heap burning coals on their heads.” Do not be overcome by evil, but overcome evil with good.

Nothing there about flying away to Heaven. No streets of gold, pearly gates, halos, wings, harps or clouds. Just a bunch of people here on Earth loving each other, loving strangers, loving outcasts, loving enemies. For the otherworldly religion of white evangelicalism, that has nothing to do with heaven. But to me that sounds, well, heavenly.

Anyway, since we’re discussing otherworldy religion and Southern Gospel, it seems appropriate to end this with Loretta Lynn singing “Everybody Wants to Go to Heaven, But Nobody Wants to Die.”

That’d be fine, but here’s some Love & Rockets instead, because I think “Do you want to see the kingdom?” is kind of an important question:

May 20, 2014
'Granting an exemption ... operates to impose the employer's religious faith on the employees'
Next Post

May 20, 2014 You want much more than I'm giving
Recent Comments
0 | Leave a Comment
Browse Our Archives
Follow Us!