Postcards from the culture wars (6.4)

“It’s so common that when I hear a woman start talking about it with other women, those women can point to at least one similar incident that’s happened to them in the past two weeks.”

“So it’s OK for me to hear it on the street but it’s not OK for you to hear me tell the story?”

“More than 700 million women worldwide are subject to physical or sexual violence from their husbands or partners, many with little right to protection, the World Bank said.”

“The cockpit of an airliner is no place for a woman.”

“Congratulations to the University of South Carolina Upstate for having the courage and good sense to eliminate a course of study whose sole purpose is to indoctrinate young women in leftist ideology.”

“Women get paid exactly what they’re worth.”

“In general, mothers loved the program.”

“This woman probably got her MS because she had left her husband, gone off with another man.” 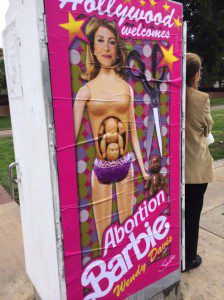 “When you abort the firstborn of any, nature takes its vengeance on the subsequent children.”

“Sasse is typical of a new breed of True Believer that is focused on achieving political power to promote a ‘world-view’ that in fact a sizable majority of ‘real Americans’ would consider exotic — maybe even ‘elitist’ — but not terribly congenial to their mild-mannered moderate ways of thinking about issues like abortion, much less the Constitution and related matters.”

“Evangelicals have a surprising diversity of views on the criminalization of abortion but almost unanimously approve of contraception.”

“The method of preventing pregnancy is not so much a religious as a scientific and medical question to be determined in consultation with one’s physician.”

“We’re here as much to support the concept of Christian marriage and the family as we are to protest anything.”

“The flyer features writing on both sides, and the other side states ‘Jesus is Risen,’ and asks for people to answer the call of Jesus and not sit idly by while ‘the devil unwaveringly works to destroy God, our families and our nation.'”

“Educating the true chosen children of God, shining the light of Christ to dispel darkness, ignorance and gloom.”

“And from that point on, I started pronouncing those words in that manner just to play with him.”

“All Baler does is drench someone else’s stuff in paranoid anti-Obama finery and advertise it around the conservative mediasphere using a likely fictional life story.”

“The Illuminati was behind every consequential wealth event of the past year.”

“Sandy Hook ‘truthers’ believe that the Newtown shooting never occurred or was part of a ‘false flag’ operation designed to open the door to the confiscation of all guns by the government.”

“By day, Shamley is a consultant and natural resources coordinator for Arizona’s Apache County. But by night, he’s a conspiracy theorist who until recently hosted an online radio show called The Hour of the Time, during which he speculates that UFO sightings are a false-flag operation by the Illuminati to accumulate more power, and federal agents killed his friend because he was asking questions about the attacks on the World Trade Center.”

“In case you’re not tempted yet to hit the ‘look inside’ link to read these (which you can do on the product page) … each and every one has a monologue by at least one character about how Obama caused the fictional apocalypse, via power failure, cyber-attack, or nuclear blast.”

“When people with otherwise healthy brains are so determined to reject reason, it’s important that we find out what’s eating them and why.”