God loves human beings. God loves the world. Not an ideal human, but human beings as they are; not an ideal world, but the real world. What we find repulsive in their opposition to God, what we shrink back from with pain and hostility, namely, real human beings, the real world, this is for God the ground of unfathomable love. God establishes a most intimate unity with this. God becomes human, a real human being. While we exert ourselves to grow beyond our humanity, to leave the human behind us, God becomes human; and we must recognize that God wills that we be human, real human beings. While we distinguish between pious and godless, good and evil, noble and base, God loves real people without distinction.

What religion has said about women has long been used to justify what society has done to limit their development. Not only does what our churches, mosques, synagogues, and faith communities teach and do about women become the morality of the land. What they do not say or do on behalf of women condones what becomes the immorality of the land.

There is a direct link between Kate Kelly, a lifelong member of the Church of Jesus Christ Latter day-Saints, who was excommunicated on charges of apostasy, and Meriam Ibrahim, a Sudanese woman sentenced to death for her supposed apostasy.

And the link is deeper than the charge of abandoning one’s faith.

Patriarchy comes in all forms, but religious patriarchy seems particularly pernicious because it assumes that male rule is constituent of God or the gods.

In other words, God or the gods behave like men — wrathful, scornful, jealous, and imperious.

The desire to be left alone takes on a pretty aggressive cast when it involves slamming the door of a commercial enterprise on people you don’t approve of. 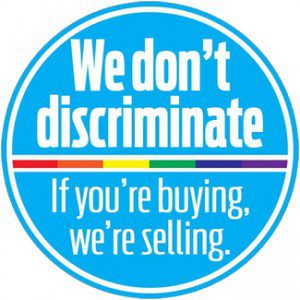 The idea that serving as a vendor for, say, a gay commitment ceremony is tantamount to “endorsing” homosexuality, as the new religious-liberty advocates now assert, is a far-reaching proposition, one with few apparent outer boundaries in a densely interwoven mercantile society. It suggests a hair-trigger defensiveness about religious identity that would have seemed odd just a few years ago. As far as I know, during the divorce revolution it never occurred to, say, Catholic bakers to tell remarrying customers, “Your so-called second marriage is a lie, so take your business elsewhere.” That would have seemed not so much principled as bizarre.

… There is, of course, a very different Christian tradition: a missionary tradition of engagement and education, of resolutely and even cheerfully going out into an often uncomprehending world, rather than staying home with the shutters closed. In this alternative tradition, a Christian photographer might see a same-sex wedding as an opportunity to engage and interact: a chance, perhaps, to explain why the service will be provided, but with a moral caveat or a prayer. Not every gay customer would welcome such a conversation, but it sure beats having the door slammed in your face.

Charles Darwin, in The Voyage of the Beagle

Those who look tenderly at the slave-owner, and with a cold heart at the slave, never seem to put themselves into the position of the latter; — what a cheerless prospect, with not even a hope for change! Picture to yourself the chance, ever hanging over you, of your wife and your little children — those objects which nature urges even the slave to call his own — being torn from you and sold like beasts to the first bidder! And these deeds are done and palliated by men, who profess to love their neighbors as themselves, who believe in God, and pray His will be done on earth! It makes one’s blood boil, yet heart tremble, to think that we Englishmen and our American descendants, with their boastful cry of liberty, have been and are so guilty. …

July 2, 2014 Why the perversion of 'religious liberty' and RFRA ticks me off
Recent Comments
0 | Leave a Comment
Browse Our Archives
get the latest from
slacktivist
Sign up for our newsletter
POPULAR AT PATHEOS Progressive Christian
1