On justice vs. ‘righteousness’ 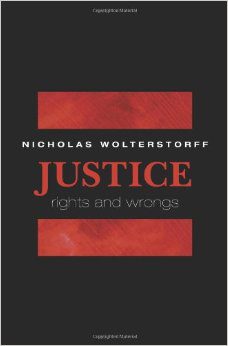 The basic issue is well known among translators and commentators. Plato’s Republic, as we all know, is about justice. The Greek noun in Plato’s text that is standardly translated as “justice” is “dikaiosune;” the adjective standardly translated as “just” is “dikaios.” This same dik-stem occurs around three hundred times in the New Testament, in a wide variety of grammatical variants.

I will give just two examples of the point. The fourth of the beatitudes of Jesus, as recorded in the fifth chapter of Matthew, reads, in the New Revised Standard Version, “Blessed are those who hunger and thirst for righteousness, for they will be filled.” The word translated as “righteousness” is “dikaiosune.” And the eighth beatitude, in the same translation, reads “Blessed are those who are persecuted for righteousness’ sake, for theirs is the kingdom of heaven.” The Greek word translated as “righteousness” is “dikaiosune.” Apparently, the translators were not struck by the oddity of someone being persecuted because he is righteous. My own reading of human affairs is that righteous people are either admired or ignored, not persecuted; people who pursue justice are the ones who get in trouble.

It goes almost without saying that the meaning and connotations of “righteousness” are very different in present-day idiomatic English from those of “justice.” “Righteousness” names primarily if not exclusively a certain trait of personal character. … The word in present-day idiomatic English carries a negative connotation. In everyday speech one seldom any more describes someone as righteous; if one does, the suggestion is that he is self-righteous. “Justice,” by contrast, refers to an interpersonal situation; justice is present when persons are related to each other in a certain way.

… When one takes in hand a list of all the occurrences of dik-stem words in the Greek New Testament, and then opens up almost any English translation of the New Testament and reads in one sitting all the translations of these words, a certain pattern emerges: unless the notion of legal judgment is so prominent in the context as virtually to force a translation in terms of justice, the translators will prefer to speak of righteousness.

Why are they so reluctant to have the New Testament writers speak of primary justice? Why do they prefer that the gospel of Jesus Christ be the good news of the righteousness of God rather than the good news of the justice of God? Why do they prefer that Jesus call his followers to righteousness rather than to justice? I do not know; I will have to leave it to others to answer that question.

Here’s Wolterstorff discussing the same subject during a post-lecture Q&A (responding to an audience member who was, apparently, sitting between him and the spotlight):