Buck Williams is, as mentioned, the Greatest Investigative Reporter of All Time:

At thirty, Cameron Williams was the youngest ever senior writer for the prestigious Global Weekly. The envy of the rest of the veteran staff, he either scooped them on or was assigned to the best stories in the world.

“Global Weekly” is, apparently, like TIME or Newsweek — except with a reputation for top-notch journalism. As the GIRAT, Williams is assigned to write GW’s story on the “Newsmaker of the Year,” an Israeli botanist and chemical engineer named Chaim Rosenzweig. (Oddly, he’s played in the movie by Colin Fox. Reading the book, I always picture Fyvush Finkel.)

Rosenzweig has already been honored with the Nobel Prize in chemistry, and as TIME’s “Man of the Year” for discovering/inventing:

… a synthetic fertilizer that caused the desert sands of Israel to bloom like a greenhouse. …

Rosenzweig’s formula was fast making Israel the richest nation on earth, far more profitable than its oil-laden neighbors. Every inch of ground blossomed with flowers and grains, including produce never before conceivable in Israel. The Holy Land became an export capital, the envy of the world, with virtually zero unemployment.

Yes, prosperity and full employment through agriculture. Thus fulfilling the biblical prophecy “Yea, and in that day I the Lord shall make the land like unto Iowa, and the heathen shall tremble.”

Israel is about the size of New Jersey — you know, the Garden State — so let’s just consider this in terms of acreage.

Right now, only about 17 percent of Israel is arable land — about 854,000 acres. But, with Rosenzweig’s miracle formula, it all becomes arable. So make that 5,024,000 acres. Plus, in the world of Left Behind, the occupied West Bank has been absorbed into L&J’s Greater Israel (don’t ask how — they don’t really explain this). That adds another, roughly, 1,500,000 acres. (Only a negligible amount of which was arable before Rosenzweig.) 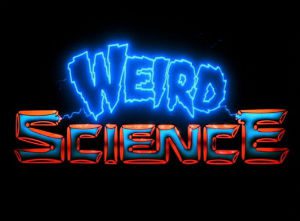 So, okay, we’re looking at 6,524,000 acres of fertile farmland. Not just fertile, mind you, but super-duper fertile. Let’s guess (L&J don’t say) that it’s sooo very fertile that the industrious Israeli farmers (can you call farmers “industrious?”) are able to plant 4 crops a year on every acre of this land — a miraculous harvest every season. That would further leverage Israel’s agricultural might to the equivalent of 26,096,000 acres!

Or, to put it another way, their agricultural output would be slightly less than the current output of China’s peasant farmers. (Source for all the above is the invaluable CIA World Factbook.)

And, anyway, this idea that exotic new produce is the path to economic development — wasn’t that part of the Dukakis campaign? Something about Belgian endive?

A more convincing plot development would have had Israel finding envy-of-the-world prosperity through, say, cold fusion in a jar, or through some miracle mineral discovered in the poisonous depths of the Dead Sea. But L&J were constrained to have the miracle be agricultural prosperity because they see this as a fulfillment of biblical prophecy. (It’s hard to say which prophecy, specifically — the whole desert-blooming, flowing with milk and honey motif is really a pretty boilerplate blessing throughout scripture.)

What’s really interesting here, though, is the science. There isn’t any. The writers of Star Trek recognize that a sci-fi explanation doesn’t necessarily have to be detailed and highly plausible, but you’ve got to give us something. Let Geordi LaForge mumble some gobbledygook about “tachyon pulses” and I’m in — disbelief willingly, happily suspended. But L&J feel no compunction to provide even the slightest scientific pretense.

It’s hard to tell from their description whether Rosenzweig’s potion works by science, or by magic. It sounds like magic. They are, after all, growing crops not from soil, but from sand — producing organic material out of inorganic rock. (What’s next? Fishing in the Dead Sea?)

But what’s telling is that LaHaye and Jenkins can’t seem to make a distinction between science and magic. When you’re afraid to engage anything that might challenge your belief that the earth is only 10,000 years old, you don’t end up reading a lot of science. This keeps you clueless enough about biology to think it’s perfectly plausible that a few drops of Dr. Rosenzweig’s Miracle Gro can turn sand into soil. And clueless enough about economics to think that agriculture would be more lucrative than Israel’s existing high-tech industrial economy.

October 23, 2014
Just take everything down to Highway 61: Obedience is always about epistemology
Next Post