Just take everything down to Highway 61: Obedience is always about epistemology

Just take everything down to Highway 61: Obedience is always about epistemology October 23, 2014 Fred Clark

Rachel Held Evans stirred things up a bit with a post last week on the akedah, the story of the binding of Isaac told in Genesis 22 and on side 2 of Highway 61 Revisited. “I would fail Abraham’s test (and I bet you would too),” she wrote:

It’s a test I’m certain I would have failed: Get your son. Get a knife. Slit his throat and set him on fire.

I’d like to think that even if those demands thundered from the heavens in a voice that sounded like God’s, I’d have sooner been struck dead than obeyed them.

If this was a “test,” then I think this means Rachel would’ve actually passed it. (And that’s not just my view — there’s a long tradition of interpreting this story this way.) But many Christians disagree, as she notes:

I have often been told by pastors and apologists that my misgivings about these biblical passages represent a weakness of faith, and that my persistent questions about suffering, evil, and violence in God’s name betray a deep distrust in a God who owes me no explanations.

Those same pastors and apologists pounced on this post as an opportunity to repeat all of that yet again — chiming in with another round of threatened banishings, anathemas and “farewells.” Yawn.

Rachel has a good collection of some of the more thoughtful responses to her discussion of this (in)famous Bible story, and so does James McGrath.

For my part, I wouldn’t likely either fail or pass this “test.” I would flee and fail to take it.

Here’s how the story begins in Genesis 22:

After these things God tested Abraham. He said to him, “Abraham!” And he said, “Here I am.”

He said, “Take your son, your only son Isaac, whom you love, and go to the land of Moriah, and offer him there as a burnt offering on one of the mountains that I shall show you.”

Already I’m in trouble. I’m hearing voices. I’m hearing a voice in my head that’s telling me to kill a child.

The possibility that this is the voice of God testing my faith isn’t even going to be among the first thousand possibilities worth considering. The thousand other possibilities are all Very Bad, of course, but that one’s even worse — including and encompassing all the Very Bad possibilities that go before it. 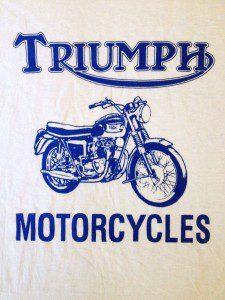 Initially, though, I’d do what anyone would likely do if a voice in my head commanded me to kill and burn a child. I’d ignore it, desperately hoping it would go away, fearful of telling anyone that I’d ever even thought of such a thing lest they think — rightly — that I am a monster.

And if it didn’t go away? Well then I’d have myself committed. I’d remove myself from the presence of chlidren, driving to the nearest inpatient facility to inform the nice people in admissions, as calmly as possible, that I believed I was becoming a danger to myself and others. I’m hearing voices. The voices want me to do Bad Things.

No, no, no, the “pastors and apologists” say — that violates the spirit of the story. It’s about obedience, not epistemology. For the sake of the story, you must accept that you receive this command from God as an unambiguous revelation: You know with certainty it is a command from God.

But that just restates the problem, it doesn’t solve it. Obedience is always about epistemology. I cannot respond to this “divine command” as such until I know that it is, in fact, a divine command. It is not humanly possible to engage this story unless the story can explain just what it would mean to be able to know with certainty that this was an unambiguous bit of divine revelation, a clear command clearly from God.

The “voice of God”? Auditory hallucinations. Hearing voices in your head is a textbook symptom of many well-documented forms of mental illness. We’ve already covered what hearing such a voice giving such a command would mean and what it would require me to do.

And, no, it doesn’t make any difference to try to distinguish between a “voice in your head” and a voice outside your head. All voices are in your head — the “real” ones just as much as the delusional ones. That’s what’s so terrifying about actual auditory hallucinations. They do not sound like hallucinations — like something that’s “only in your head.” They sound exactly like any other voice you’ve ever heard.

How about giant flaming letters carved in the sky? No good. Everything we’ve just said about auditory hallucinations is also true for visual ones.

Well, what if other people hear God’s voice as well? What if everyone else hears it?

That’s to be expected, isn’t it? All of this is just confirming the likeliest possibility: I’m a very, very sick man. Paranoid and delusional, and now imagining that everyone else is saying the same horrible thing as the voice in my head.

There simply exists no form this divine revelation could possibly take that would exempt it from the fact that I, as a finite and fallible human, would be required to perceive it. And so it would always be possible that I was perceiving it wrong — that I was misperceiving it.

And one doesn’t want to kill and burn a child based on a misperception.

One doesn’t generally want to kill and burn a child at all — which brings us to the second problem here. It’s not just the form of this divine command that is a problem, it’s also the substance. The repugnant substance of this alleged divine command reinforces all of the formal reasons stated above for doubting it. The substance of the command presents a whole Wesleyan quadrilateral of reasons to conclude that it cannot be divine. Scripture, tradition, reason and experience all scream that it cannot be so.

Imagine again that scenario in which a unanimous horde of witnesses confirms that I have, in fact, been given a divine command that I cannot ignore or deny. Just what would these witnesses attesting to this divine revelation say? “God is speaking to you, Fred. God wants you to kill and burn this child. You need to do what God tells you to do.”

Whatever part of me wanted to cling to my own sanity wouldn’t reasonably conclude that this means God wants me to kill a child. A more reasonable conclusion would be to realize, in horror, that I’d stumbled into some terrifying Wicker Man scenario. These “witnesses” must be speaking of some other God. And the voice I was hearing and the fiery letters in the sky would force me to realize that their God was real.

C.S. Lewis toyed with the idea that something like this might be true. So did H.P. Lovecraft. So did whoever wrote Psalm 82. And now Molech or dread Chthulhu or raging Talos or three-crowned Cyric or whichever child-eating deity it was is after me.

So at that point, I’d be praying like I’d never prayed before, asking God — the God I worship, the God of Abraham, the God of the Gospels and the creeds — to deliver me from this evil lesser god who was attempting to claim me for his own. Monotheism would no longer be an option, but I’d still be monolatrous — faithful only to the God of gods and Lord of lords, the God revealed in Jesus, the God described in 1 John as “God is love” and the God mocked by Jonah for being “gracious and merciful, slow to anger, and abounding in steadfast love.”

Or perhaps there could be a less radical theological explanation. I don’t believe in a “literal” Satan — mainly because I don’t see such a character literally present in the biblical literature — but this overwhelming experience of voices and witnesses and flaming letters would likely cause me to re-evaluate that conclusion. If the voices and signs and wonders and attestations weren’t all just delusion, then here would be apparent evidence of the reality of some supernatural, evil being very much like the Satan figure we find in Dante and Milton and Stephen Vincent Benét and all the other canonical sources of this doctrine.

This is the most reasonable, defensible and biblical second possibility. If the voices and signs and wonders telling me to kill a child are not a form of delusional madness, then this must be Satan speaking to me.

No, no, no, say the pastors and apologists — it’s not Satan, it’s God. This is, they stress, the whole point of the story — that it’s God — and undeniably God — telling me to kill and burn a child.

They like to talk about God’s sovereignty, but the real substance of their claim has to do with their own certainty. Their own ability to access certainty and to proclaim it to and for others. We know what God has commanded, they say. We know. And therefore you must obey [what God has commanded as articulated by] us.

Here’s another bit from Rachel’s original post on the binding of Isaac:

“You have to take your emotions out of it,” a Reformed pastor once told me. “You’re letting the humanism so pervasive in our culture affect your sense of justice.”

“But why would the very God I believe imprinted us all with a conscience — with a deep sense of right and wrong — ask me to deny that conscience by accepting genocide as just?” I asked. “And how could I ever bring myself to worship a God who, if these accounts are true, ordained and derived glory from actions I believe are evil?”

“Stop right there,” the pastor said. “I want you to hear the pride in that statement: ‘how could I ever worship a God who…?’ That is not for you to decide, Rachel. God is God. You worship God because He’s God.”

The unspoken assumption in that “God is God” is that the nature and character of God is self-evident and obvious. The pastor Rachel cites there dismisses her understanding of God as shaped by “emotion” and by “the humanism so pervasive in our culture,” while presuming that his own understanding of God is exempt from all such human factors. How does that work?

He doesn’t say. He can’t say. It’s just like the unambiguous revelation these folks insist as the premise for the story of Highway 61.

They offer no explanation for how they know what they claim to know when they claim to speak as surrogates of the sovereign God. They just assert this certainty — condemning anyone who doubts their claim as a doubter of God.