After several pages discussing Rayford Steele’s “crisis of conscience” over his happy remarriage, we learn that something else is bothering our hero:

Every fiber of his being fought against his role as pilot for Nicolae Carpathia. Everything he had read, studied, and learned under Bruce Barnes’s tutelage had convinced him and the other members of the Tribulation Force, as well as the congregation at New Hope, that Carpathia himself was the Antichrist.

Beyond Bruce’s study of “Bible prophecy” and his research in the footnotes of his Scofield Reference Bible, there may also be other reasons to suspect “that Carpathia himself was the Antichrist.” Like maybe the way he took over the entire planet as the unchecked dictator of a one-world government. Nicolae’s recent nuclear slaughter of tens of millions of civilians might also, perhaps, be grounds for suspicion.

There were advantages to believers to have Rayford in the position he found himself. …

The authors keep telling us this, but we have yet to see what any of these supposed advantages might be. Our twin protagonists both accepted high-paying jobs on Satan’s payroll, going to work directly for the Antichrist himself. But while they and the authors repeatedly insist that they’re doing so as secret agents of the Tribulation Force, neither of them has done anything to suggest that they are anything other than loyal, faithful servants of their evil employer. They haven’t collected any intelligence, attempted any sabotage, or done much of anything else that would undermine or hinder Nicolae’s devilish agenda. 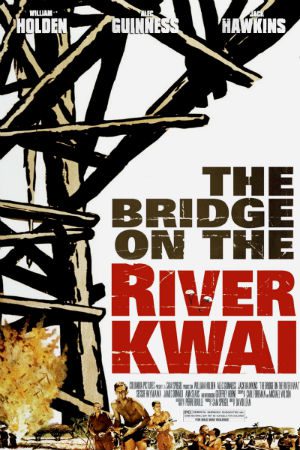 Well, Buck Williams keeps abusing his Antichrist-funded Global Weekly expense account — but that’s about the extent of their rebellion.

Having our heros working in the Antichrist’s inner-circle serves a useful narrative function, allowing Jerry Jenkins to recount Nicolae’s actions through the eyes of his two main protagonists. But while that gives readers a closer look at the machinations of this evil ruler, it also has the unfortunate side effect of making our two heros complicit in the Antichrist’s evil deeds. The authors’ repeated insistence that this complicity is “God’s will”* doesn’t really change that.

Sure, after an excruciating-to-read session of groaning, incoherent prayer, Bruce and Rayford both came to believe that it was “God’s will” for Rayford to become the Antichrist’s personal pilot, but how exactly is it that Rayford is supposed to be serving God by serving Nicolae? What “advantages to believers” is Rayford supposedly securing? I just don’t see any.

What it seems like, to me, is that Rayford and Buck and the authors are all mixed up about which classic World War II movie they’re re-enacting. They all seem to imagine themselves as characters in The Great Escape — diligently and ingeniously working to sabotage the Nazi war machine at every opportunity. But their actions are more like something from The Bridge on the River Kwai. Like Alec Guinness in that movie, they’ve fully embraced their role as collaborators, faithfully serving their imperial master while delusionally imagining they have some nobler purpose.

Jenkins hints here that the “advantages” of Rayford’s service to the Antichrist might have something to do with the impending “Mark of the Beast”:

Rayford would have to choose his timing carefully. Someday, according to Bruce’s teaching, to merely have the right to buy and sell, citizens of the Global Community would have to take the “mark of the beast.” No one knew exactly what form this would take, but the Bible indicated it would be a mark on the forehead or on the hand. There would be no faking. Those who took the mark could never repent of it. They would be lost forever. Those who did not take the mark would have to live in hiding, their lives worth nothing to the Global Community.

But if that’s the purpose of Rayford’s secret mission into the Antichrist’s inner-circle, it’s still unclear just what it is he’s doing about it. Apart from occasionally eavesdropping via the airplane’s intercom system, he hasn’t tried to learn anything more about the details of Nicolae’s plans for the future — how the mark will be applied and administered, or how he and his fellow Christians might be able to avoid it.

It seems like Rayford’s time would have been better spent helping to create stockpiles of necessities and to set up the black markets and underground networks that un-marked “tribulation saints” will eventually require to survive.

There’s a brief moment here where it at first seems that Rayford Steele’s “crisis of conscience” might include his recent role in the “most heinous, horrible atrocities” carried out by his boss. That’s a phrase he actually uses: “most heinous, horrible atrocities.” Rayford even, briefly, semi-acknowledges his own collaboration in those atrocities, but he does so only in passing — considering only his own ability to cope with his proximity to such horrors. It’s an astonishing passage:

Rayford felt as if he had undergone sensory overload. Any one of the traumas he had witnessed since the day the war broke out might have institutionalized a normal man during normal times. Now, it seemed, Rayford had to take everything in stride. The most heinous, horrible atrocities were part of daily life. World War III had erupted, Rayford had discovered one of his dearest friends dead, and he had heard Nicolae Carpathia give the word to destroy major cities and then announce his grief and disappointment on international television.

Rayford shook his head. He had done his job, flown his new plane, landed it thrice with Carpathia on board, had gone to dinner with an old friend, gone to bed, had several phone conversations, rose, read his paper, and was now ready to blithely fly home to his family. What kind of a crazy world had this become?

Rayford thinks of himself as a mere bystander — as though being a bystander to atrocities and mass-murder were exculpatory and not a harsh indictment. He dismisses his own role in all of this by simply saying “He had done his job” — he was just following orders. And despite describing his own complacency in devastating detail, he seems to think this is just evidence of his ability to “take everything in stride.”

That second paragraph above, with its litany of mundane, banal behavior, reads like something I might have written as a criticism of these books and their heroes. But I don’t think the authors or Rayford mean any of that as criticism — not even when they tell us that he “was now ready to blithely fly home to his family.” They don’t seem to realize that “blithely” conveys judgment — that it refers to an improper lack of concern.

These two paragraphs can serve as a metaphor for, or a summary of, the kind of religion that Tim LaHaye and Jerry Jenkins are advocating in these books. It’s a faith that drives you to work for the emperor, faithfully and capably obeying everything the empire commands while enjoying the prestige and paychecks that come with such work. Yet at the same time it encourages you to imagine yourself as a rebellious and counter-cultural. So even though it leads you into complicity with “horrible atrocities,” you’ll be able to blithely take it all in stride.

What if it turns out that all of the Antichrist’s minions are just like Buck and Rayford? It could be like The Man Who Was Thursday, when the undercover policeman who has infiltrated the secret council of anarchists suddenly realizes that all of the other supposed anarchists are also undercover policemen. Maybe even Nicolae himself is, secretly, a LaHaye-ite believer who has simply managed to infiltrate the One World Government of the Beast at a slightly higher level than Buck and Rayford were able to do. Maybe Lucifer’s fall was just a cover story. Maybe, like Buck and Rayford, all of the villains in this story are really heroes in disguise.

December 2, 2014
'Last night there were skinheads on my lawn'
Next Post