Every year, PNC Bank calculates its “Christmas Price Index,” a whimsical holiday tradition in which they estimate and tally up the full cost of everything my true love gave to me in the song “The 12 Days of Christmas.”

The bank does a bang-up job at this, coming up with creative ways of determining the cost of things like lords a-leaping and presenting it all in a cool animation. But this index based on “The 12 Days of Christmas” still has several problems that PNC can’t overcome.

First, there’s the expense — $116,273 for the 12-day total in 2014. That’s more than most of us and/or our true loves can afford to spend on the holidays. Then there’s the weird obscurity of most of the Christmas gifts in that song. (“Ohhh, you got me turtle doves. Again. Thanks so much.”)

And finally there’s the problem of the song itself. “The 12 Days of Christmas” is the “99 Bottles of Beer” of Christmas songs. It may seem like a fun idea for a moment there during the first few verses, but soon you’re just kind of begging for it to end. For me, the song has occasionally been redeemed by Muppets or McKenzies, but otherwise it’s not really something I look forward to hearing over and over and over again every December.

This, on the other hand, is a Christmas song that can still make me smile:

Robert Earl Keen’s “Merry Christmas From the Family” is a bit more relatable for most of us, I think. It’s a simple reminder of the things that matter most during the holidays. Christmas shouldn’t be about spending thousands of dollars on golden rings and pear trees. It’s about home and family. It’s about alcohol, low-simmering feuds, and passive-aggressive tensions that have lasted for decades. And it’s about loving one another enough to make sure that no one runs out of diapers or tampons or cigarettes.

And, happily, it provides a convenient alternative to the “12 Days of Christmas” as the basis for an annual Christmas Price Index. While the tumultuous family gathering Keen narrates occurs over a single night, the song’s chorus also lists precisely 12 items that somebody’s gonna have to run to the 24-hour Kwik Mart to get.

Here’s the first list from the first time through that chorus:

Carve the turkey, turn the ball game onIt’s margaritas when the eggnog’s goneSend somebody to the Quickpak StoreWe need some ice and an extension cordA can of bean dip and some Diet RitesA box of Pampers, Marlboro LightsHallelujah, everybody say “cheese”Merry Christmas from the family

And here’s the second:

Carve the turkey, turn the ball game onIt’s bloody Marys, ‘cause we all want one!Send somebody to the Stop ‘N GoWe need some celery and a can of fake snowA bag of lemons and some Diet SpritesA box of Tampons, some Salem LightsHallelujah, everybody say “cheese”Merry Christmas from the Family

So a few years ago I started keeping track of this Robert Earl Keen Christmas Price Index, tracking down everything in that list as best I could in the various gas-station convenience marts here in Chester County. It ain’t easy to find Diet Rite, but I tracked some down this year. (The place also had Tab. Are they still making Tab, or were those cans just really old?) Still no luck finding aerosol snow in convenience stores, so I’m plugging in a price for that from online.

The REKCPI is remarkably stable. It’s up only slightly from last year’s index ($91.31). The index was much lower in 2011, but that was mainly because I substituted a can of that fake window frost stuff for the fake snow, which knocked, like, $12 off the total. 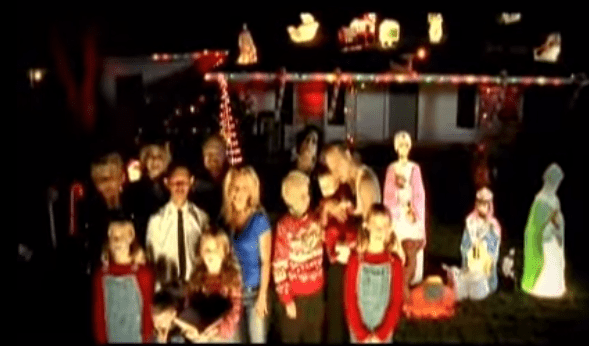 December 21, 2014 The Anti-Kitten-Burning Coalition (again)
Recent Comments
0 | Leave a Comment
"I'm stealing that explanation, it's good."
Barbarella Sunday favorites
"I would love to know how he and his family ended up sticking with it.Presumably ..."
arcseconds Sunday favorites
"Looking for bi couples or LGBT couples for couples hookup online? Read the review of ..."
lyhdatecouples Worshippers of Bully-God seek religious freedom ..."
"Yay-hey! Congratulations!Most impressive."
Mits Sunday favorites
Browse Our Archives
Follow Us!

Progressive Christian
The pellet with the poison's in the vessel...
slacktivist