To live in the days of the life without end

To live in the days of the life without end April 1, 2015 Fred Clark

• Monday and Tuesday are my nights off at the Buy More, meaning those are supposed to be the days I catch up here to keep this blog afloat. This week, for a change of pace, I spent Monday and Tuesday getting over some kind of sinus headache that made computer screens intolerable. So now I’m playing catch-up. Sorry ’bout that, folks.

Of course, as soon as I resolve to get caught up, I run across this news: “You Can Now Turn Any Google Map Into A Pac-Man Game.” 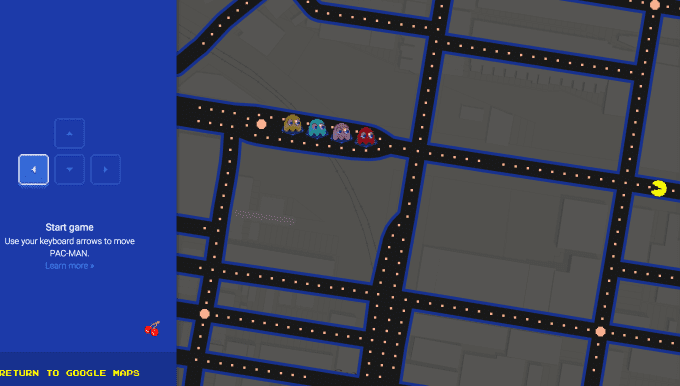 • “Making a feather while on Thy day” and 56 other sins confessed by Sir Isaac Newton.

• “Nine suspects involved in a violent brawl that left at least one person dead over the weekend have been identified as members of the Gaver family … all from the small-time Christian band Matthew 24 Now.”

I know the name doesn’t make the band, but I can’t help but think that if they’d decided to be “Matthew 25 Now” instead, the Gavers might just be visiting prisoners instead of joining them.

The traditional white religious gatekeeper spin-and-dismissal is, as always, instantaneous: These 400+ Catholic and evangelical leaders are not really Catholic or really evangelical, and thus should be ignored.

Related: This is why — for the gatekeepers, the white evangelical subculture, and a great deal of mainstream media coverage — an earnestly dim Walkerton, Indiana, pizzeria owner is treated like some kind of apostolic representative of the true faith, while the presiding bishop of a church with more than 2 million members is dismissed as irrelevant and irreligious.

• The first single from Killers’ frontman Brandon Flowers’ solo album is called “Can’t Deny My Love.” That’s a suitable sentiment for a pop-song, but it takes on an added twist with a video based on “Young Goodman Brown,” Nathaniel Hawthorne’s masterpiece of Puritan delirium. A Hawthorne video from a Mormon rock star — it’s hard to get more American than that.

April 1, 2015 Time alone can bring the sun
Recent Comments
0 | Leave a Comment
"Yeah, as fellow resident old person who saw the TV series (don't remember ever watching ..."
Amaryllis The IMDB “Goofs” page for the ..."
"https://art.penny-arcade.co..."
Turcano The IMDB “Goofs” page for the ..."
"Today's food bank menu:Chili and fixin's--frozen ground beef from last month's food bank run, tomatoes ..."
Jenny Islander ‘The redeeming effects of the Christian ..."
"Speaking more to the theme of the tradition, hoopoes are prominent members of the bird ..."
damanoid ‘The redeeming effects of the Christian ..."
Browse Our Archives
get the latest updates from
slacktivist
and the Patheos
Progressive Christian
Channel
POPULAR AT PATHEOS Progressive Christian
1