Left Behind Classic Fridays, No. 34: ‘Dr. Dives is bored’

Buck Williams and the authors have been so busy checking his email that they seem to have forgotten he has a gory wound on the back of his head from his odd and violent pratfall on the tarmac.

He’d better see a doctor. Maybe we could just have one wander by:

Buck kept pressing a handkerchief soaked with cold water onto the back of his head. His wound had stopped bleeding, but it stung. … when he was tapped on the shoulder.

“I’m a doctor. Let me dress your wound.”

Whew. That was convenient. What’re the odds?

“Just let me do this, pal,” the doctor says. “I’m going crazy here with nothing to do, and I have my bag.”

You can understand why the doctor is getting antsy. 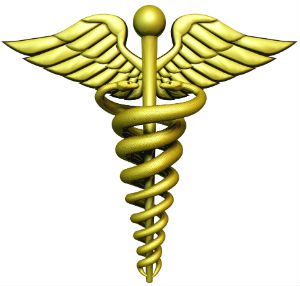 Nothing to do in the airport except to sit around in the “exclusive Pan-Con Club” and stare out the window watching the rescue workers and EMTs below scurry from plane crash to plane crash. It’s kind of amusing for a while, seeing them set up a desperate triage there among the smoke and the broken bodies, separating the gravely wounded from those in need only of First Aid and those merely suffering from shock after the loss of their loved ones. But it gets old eventually, just sitting there, so what the heck — why not patch up that rich guy’s bleeding scalp over there?

The doctor is exactly like Dives, the rich man in the parable, ignoring the pain and need of the beggar Lazarus on his very doorstep (see Luke 16:19-31). But at least Dives did not complain of his boredom while feasting in his first-class travelers’ club.

The doctor’s boredom is monstrous. It is sociopathic. It is a violation of medical ethics, of the Hippocratic oath, of common decency, of the Golden Rule.

Yet Tim LaHaye and Jerry Jenkins do not seem to intend us to view the doctor as monstrous. His behavior, after all, parallels that of Rayford Steele and Buck Williams — our sympathetic heroes.

The authors, like all of their characters, seem to have forgotten entirely about the scene of tragedy and suffering they have just left behind them. It’s out of sight and out of mind. For L&J — as for Rayford, Buck and the doctor — those other people and their suffering and need simply do not exist. Lazarus is invisible. Lazarus does not exist.

That’s the central characteristic of the morality L&J are portraying. That is the morality they are teaching.

And that is the morality that millions of earnest Christians are learning from these books.