As Texas’ top criminal court finally tosses out the convictions of Dan and Fran Keller after 22 years, Radley Balko looks back at the Satanic Panic of the 1980s, which “was pervasive enough to dupe our entire criminal justice system, as dozens of innocent people were sent to prison for crimes for which there was no evidence other than the coerced testimony of kids, and for which those same defendants would later be exonerated.”

The Kellers were finally released from decades of imprisonment, but Texas declined to declare them innocent. Balko shares an excerpt from Judge Cheryl Johnson’s argument for their innocence:

This was a witch hunt from the beginning. The allegations in the indictment were based on the testimony of a three-year-old child who, even before she sporadically attended the applicant’s day-care facility, was in therapy for numerous psychological and behavioral issues. In accusing applicant, she asserted that applicant had come to her house and had cut her dog’s vagina with a chainsaw until it bled, that she was taken to a cemetery, where, after a person dressed like a policeman threw a person in a hole, Daniel Keller shot the person who had been thrown into the hole and cut up the body with a chainsaw while all the children helped, and that she had been put into a swimming pool with sharks that ate babies. She also alleged that applicant served blood-laced Kool-Aid, forced the children to have videotaped sex with adults and other children, sometimes wore white robes and lit candles before hurting the children, and forced the children to watch or participate in the killing and dismemberment of cats, dogs, and a crying baby. According to the complainant, bodies were unearthed in cemeteries and new holes were dug to hide freshly killed animals, an adult passer-by was shot and dismembered with a chain saw, Frances Keller cut off the finger of a gorilla at Zilker Park, and applicant had performed a satanic bone-replacing ritual on one child. And the children were taken on several plane trips, including one to Mexico, where they were sexually abused by soldiers before returning to Austin in time to meet their parents at the day-care facility. In spite of such fantastical claims, which should have produced total incredulity in the police investigators and prosecutors, charges were filed.

Keep in mind, again, that there was no physical evidence to support any of these ridiculously imaginative claims. The Kellers were convicted and imprisoned for crimes that allegedly included dozens of victims who were never identified, never found, never reported missing by anyone anywhere.

How did that happen? Well, partly, as Balko notes, because the courts relied on “expert witnesses” such as Randy Noblitt — a guy who made a living recycling old Mike Warnke fantasies for credulous audiences, police departments, juries and culture-war “moral entrepreneurs.” 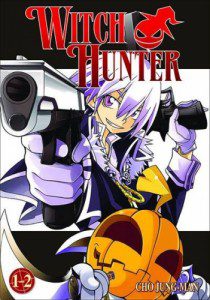 But it happened mainly because people wanted to believe in those fantasies. They preferred them to reality. Faced with the choice between living in this world — the real world — and the monster-haunted landscape Judge Johnson describes, millions of people chose the latter. It is, again, just like the imaginative “shared insanity” of fantasy role-playing games — but without the conscious recognition that you’re really just sitting around a folding table in the basement, eating chips and rolling dice.

This fantasy reinforced itself by feeding the same need to imagine that we’re heroic adventurers. Any challenge to the pretense of the “shared insanity” — any skeptical questions about the shark-filled swimming pools, the gorilla fingers, or the bloody Kool Aid would provoke a defensive response lest that heroic illusion should be dispelled.

Any skeptical questions about the reality of these alleged horrors was reinterpreted — and fiercely condemned — as a defense of those same horrors. Questions such as “How did they have time to fly the children to Mexico?” or “Why are there no records of such a flight?” wouldn’t be answered directly because answering them would threaten the fantasy. Instead, anyone asking such questions would be recast as a defender of Satanic ritual abuse by Mexican soldiers. The questions would be answered with a question: “Why are you protecting foreign soldiers who rape and murder American children?”

It’s an all-too-familiar pattern. Anyone who challenges the fantasy framework of heroic opposition to imaginary Satanic baby-killers is dismissed as a co-conspirator of the Satanic baby-killers. (Habeas corpus? What kind of sicko demands to see a dead body?)

Judge Johnson’s use of the phrase “witch hunt” is an important reminder that this moral panic of the 1980s wasn’t unprecedented. Nor has it lacked antecedents. We have always had witch-hunters, witch-finders, witch-sniffers and witch-burners, and the absence of witches has never lessened their fantasy of heroic self-importance.

(Regarding the Kellers and their case, see these earlier posts: “And all his works and pomps” and “Imaginary Satanic baby-killers, real people still in prison.”)