The Duggar Family Scandal: A reader

The Duggar family of Tontitown, Arkansas, are a large clan of fundamentalist Baptists who have gained celebrity due to the “reality” television program 19 Kids and Counting on basic cable’s TLC channel. Jim Bob and Michelle Duggar are parents to 19 children — a result of their patriarchal, “Quiverfull” religion.

The TV show purportedly revealing the daily reality of this large family helped turn them into spokespeople for and mascots of the religious right — avatars of “family values” and a religiously motivated sexual righteousness. The Duggars have leveraged that fame to support various right-wing political causes — fighting to ban same-sex marriage, gay rights, antidiscrimination laws protecting LGBT people, access to contraception, and legal abortion. The family’s oldest son, Josh, went to work for the anti-gay religious right lobbying and fundraising group, the Family Research Council.

All of that blew to smithereens last week when celebrity-gossip rag In Touch magazine published police reports revealing that Josh Duggar sexually abused several children when he was a teenager, and that his parents waited for more than a year before notifying authorities.

This is not the first time that prominent religious right figures have been exposed as sexual predators and hypocrites after making a career out of demonizing LGBT people while celebrating their own sexual “purity” and moral superiority. Nor will it be the last.

Here’s a round-up of some insightful commentary and reflection in response to the Josh Duggar scandal.

“Jim Bob Duggar waited more than a year after his son, Josh, confessed to sexually molesting several female minors before contacting police … based on information contained in the official police report.”

• Libby Anne, “What You Need to Know about the Josh Duggar Police Report”

“The Duggars are no ordinary spokespeople for the religious right; they are super-spokespeople. For years, they have been held up as exemplars of biblical living, of devotion to Christ, and of, especially, homespun honest living and sexual purity. It’s long been obvious to many that this is a product of marketing and packaging, not reality. But now no one can pretend anymore.”

“When the Duggars first appeared on television in 2008, some evangelicals saw a fringe image of themselves, perhaps something like the experience of Mormons watching the reality show Sister Wives, about a polygamous family.”

• Melissa @ Permission to Live, “It’s Not Just The Duggars”

“What is truly horrifying, is that after setting their kids up for this to happen, Josh Duggar’s parents pushed it under the rug, kept things in house, and didn’t get help for either the molester or the children who were molested.”

“We have not figured out how to deal with child sexual assault.”

“How does one look at the cheery faces of Jim Bob and Michelle and not think about the degree of their complicity in keeping this ‘storyline’ — for that’s what all real events become in this TV genre — suppressed?”

“All I needed to know was that they followed Gothard’s teachings about sex and gender, and I knew that it was more likely than not that a sex scandal would surface sooner or later.”

• Hemant Mehta, “After He Was Accused of Child Molestation, Josh Duggar’s Family Did Everything Wrong”

“Turns out Josh Duggar is far more dangerous to children than the LGBT people he has demonized for so long.” 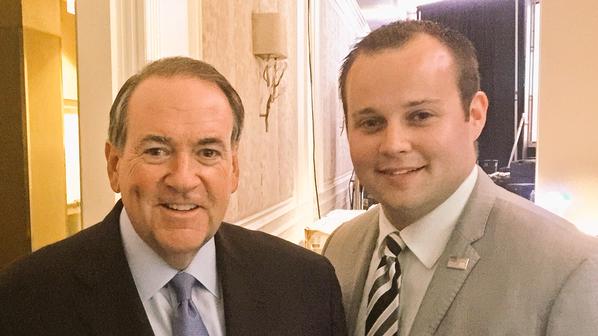 “It’s painful when some misunderstand and misapply the notion of forgiveness in ways that lead to putting other innocent kids and vulnerable adults in harm’s way again, even in cases of proven, serial, predatory behavior by dangerous men.”

“‘Having met the Duggar family and been in their home, I have great admiration and appreciation for how Jim Bob and Michelle instilled Christian values in the lives of each of their children,’ … Evangelism Explosion International president John B. Sorensen said in a statement.”

“If this is the sort of morality Christians have — where the only thing preventing them from stealing or raping or committing any number of crimes is their fear of God — it tells you how fucked up their worldview is.”

• Mary DeMuth, “In faith communities like the Duggars, abuse victims are encouraged to be filled with grace. It’s not that simple.”

“Often we see in communities of faith that victims are admonished to be grace-like, offering instant forgiveness to their abuser as if it could be doled out like a trinket or candy. And when someone is pressured to ‘be like Jesus’ and forgive swiftly, often this pressure causes harm.”

“This isn’t penitence, it’s not repentance, it’s what child molesters do. Rewrite the narrative so that in the end the audience feels sorry for them and forgets about their victims.”

• Samantha Field, “How Josh Duggar is getting away with it”

“This is what purity culture does. More than anything else, it silences victims.”

“Sexual offenders have perfected a grand deception that sadly seems to work all too well inside faith communities.”

• Carmen Green, “Anna Duggar and the Silencing Power of Forgiveness”

“They are tapping into the belief that no sin is too terrible for God to forgive and the mandate that we must forgive our trespassers as God has forgiven us. Together, these beliefs force victims in this subculture to shut up, sit down, and ‘make peace’ with the people who have wronged them.”

• Libby Anne, “What Did Josh Duggar’s Counseling Look Like?”

“Bill Gothard was outed as a predator of teen girls last year and removed from his leadership position, but the Duggars continue to serve for speakers at ATI conferences. The Duggars’ connection to Gothard and ATI is not incidental or tangential.” 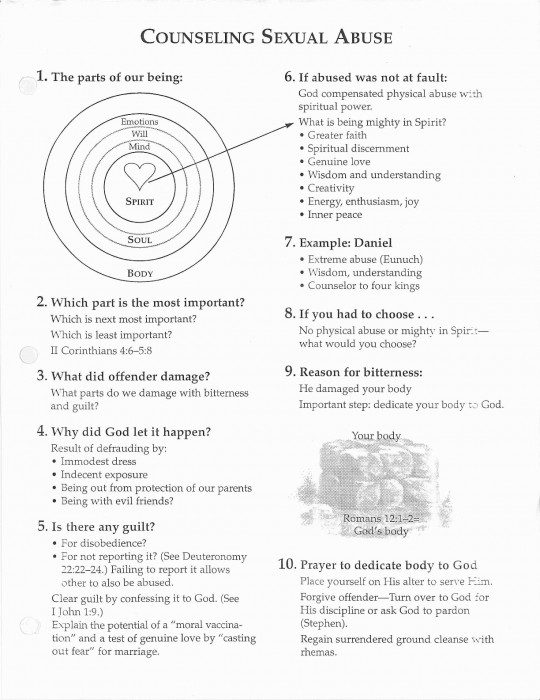 • Rebecca Schoenkopf, “How Not to Counsel Your Daughters When They’ve Been Molested by Josh Duggar”

“What we are going to talk about is what the Duggars’ religion — their freaky-deaky, Stepford-meets-Taliban, patriarchal, Quiverfull, homeschooled, isolated, culty, HARMFUL AND DAMAGING religion — teaches them about their girl babies. Because what it teaches is Some Bullshit, and it is Not Okay.”

• Vyckie Garrison, “What Is Quiverfull? Here’s a look inside the Duggars’ dangerous Christian cult”

“My point here is to say that contemporary evangelical Christianity sets ‘biblical families’ up for this sort of disaster.”

• Libby Anne, “Josh Duggar and the Tale of Two Boxes”

“There seems to be an assumption among some social conservatives that because progressives do not see premarital sex as sinful and wrong, they aren’t in any position to criticize Josh Duggar’s actions.”

“I doubt that Fayetteville parents would stand for a law that would endanger their daughters or allow them to be traumatized by a man joining them in their private space.”

• Ahab @ Republic of Gilead, “Josh Duggar Backs Out of Teach Them Diligently Conference”

“I’m relieved that Duggar will not be speaking at the event. However, when I skimmed over the conference workshop schedule, I was disappointed that the topics reflected the unhealthy Christian homeschooling culture in which the Duggars live.”