Rusty Houser hated women. He learned that at church.

“Rusty was a classmate of mine,” Karen Spears Zacharias writes. Rusty, there, is John Russell Houser — the man who killed two women in a Lafayette, Louisiana, movie theater last week. Houser, she says, also “attended Rose Hill Baptist, my home church. He taught Bible to the young boys there.”

Zacharias goes on to say that Houser suffered from mental illness and to make a passionate, compelling plea for a better, more human and humane, response to the millions of Americans who may require mental health treatment. 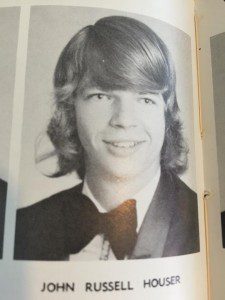 That’s a good point, and it’s beautifully written. But it’s also a separate point and, in the case of Rusty Houser, it’s beside the point — a way of avoiding the point. I’m sure that Houser, like Elliot Rodger, may have suffered from some form of mental illness. But, also like Rodger, the main point is that he hated women.

Houser’s violence was not abstract. He set out to kill women in the audience for an Amy Schumer movie. His lethal violence was an expression of his contempt for and distrust of women.

And that misogyny cannot be abstracted or diagnosed away from the anti-woman ideology he learned in his community, his culture, and, yes, in his church.

I’m not talking about his Southern Baptist church’s opposition to women’s ordination or its blasphemous “complementarian” theology of male supremacy, although that’s also part of it. But it’s possible to remain a Southern Baptist in mostly good standing while somewhat questioning that official required “stance” on the role of women in the church or the role of wives in marriage.

I’m talking about the more fundamental teaching — the paramount religious and ethical teaching of that denomination, which says that women cannot and must not be trusted. Rusty Houser was shaped by a faith tradition that does not abide any question or challenge to its official required stance of legal and political opposition to abortion.

Rusty Houser was shaped by a politicized religious community that routinely compares American women to Nazis and accuses them of killing “unborn babies” and thus being to blame for 9/11. Women, this central principle insists, cannot be trusted with their own sexuality or their own bodies. This is the fundamental fact it teaches about women: they are untrustworthy and irresponsible and morally inferior.

Houser embraced the premise of that teaching and — like Paul Hill and Scott Roeder — he took it all to heart. Now, as with Hill and Roeder, his actions are being dismissed as an aberration — the consequences of his mental illness rather than the consequences of the ideology instructed and required by his church.

July 27, 2015 Flying blind and looking for any sign of light
Recent Comments
0 | Leave a Comment
Browse Our Archives
Related posts from slacktivist