Count your ribs and say your prayers and go to sleep

Count your ribs and say your prayers and go to sleep July 28, 2015 Fred Clark

• Since I’m headed for the shore next week for some family vacation, I’m once again looking for a good punk-pop cover of “Verdi Cries” by 10,000 Maniacs. The Internet, alas, is still not coming through for me on that. (This is a W-2 vacation, not a 1099 vacation, so I intend to keep posting here — just doing it from somewhere that’s cooler by a mile.)

• Right-wing pseudo-historian David Barton is upset that the U.S. Treasury will be putting an as-yet-unnamed woman on the $10 bill — apparently because it stifles his hobby of making up Alexander Hamilton quotes pretending that the Federalist Papers advocated for Christian nationalism and nationalist Christianity.

Donald Trump hasn’t yet weighed in on the $10 bill, that I know of, since he can’t be bothered with anything smaller than a c-note. My guess, though, is that he’d probably like to replace Hamilton with Aaron Burr. Trump doesn’t like losers.

• Speaking of, American currency now features — I think — three men who participated in duels. Hamilton was killed in one. Andrew Jackson killed attorney Charles Dickinson in a duel, and fought in perhaps more than 100 others. And Abraham Lincoln accepted a challenge to a duel, thus allowing him to set the terms — that it be fought not with guns, but with “cavalry broad sword of the largest size.” (“I did not want to kill Shields and felt sure I could disarm him,” he said, adding, “I didn’t want the d—-d fellow to kill me, which I think he would have done if we had selected pistols.”) Ultimately, though, the two men made amends and went home without fighting. Twenty years later, as president, Lincoln made his former opponent, James Shields, a brigadier general in the American army. 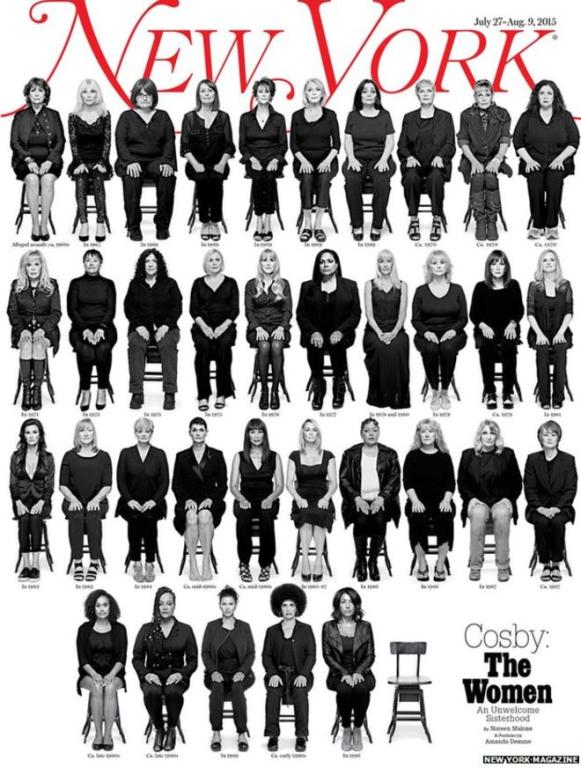 “35 Women Tell Their Stories About Being Assaulted by Bill Cosby, and the Culture That Wouldn’t Listen.”

• Q: So, yesterday, Fred, you made a sweeping claim about white evangelicalism — saying it has been wholly supplanted by a religion of anti-abortionism in which all its former Christian doctrines have been reduced to mere accompaniments of a new, paramount dogma teaching that women are untrustworthy, irresponsible, and morally incapable. Can you provide any evidence to support this assertion?

A: Allow me to introduce Exhibit A: “The Mansplainingest Mansplainer Who Ever Internetted.”

This man was not shot to death by police, he was not later found dead by “suicide” in his jail cell, and cable news anchors have not yet informed us that he was “no angel” and may have used marijuana. All of that confirms what the bit about the banjo probably led you to suspect: This guy was white.

White privilege means you can have a Very Bad Day, walking around naked with a knife and a banjo and threatening police, and still be taken into custody without being killed or beaten half-to-death. But, again, the point of discussing white privilege isn’t to suggest that this is wrong — only to say that this should be true for everyone. The right not to be killed by police is a human right. It shouldn’t be a privilege enjoyed by only some of us.