The uncanny sex fiends of Christianity Today (No. 1)

It’s not quite the case that every article in that newsfeed is about sex, just most of them. Take away all the obituary pieces remembering the white male worthies who once served as president/founder of various ministries in this rapidly graying subculture and much of what’s gleaned in CT’s “Gleanings” blog is just a long list of sex stories — affairs, divorces, scandals, birth control, abortion, unhidden horror at unhidden LGBT people, worried reports of licentious societal decline, surveys alleging the sexual apostasy of youth, and various other articles lamenting that human bodies include any parts within the strike zone. 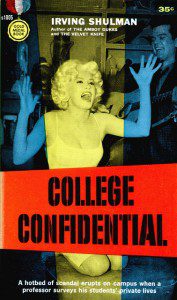 Some of that is to be expected, of course. “Social conservatives” have always been sex-obsessed moral scolds, convinced that kids these days are exhibiting the signs of moral decline with their promenading and that hip-shaking race-music they learned from Elvis. Aron. Presley.

But the sex stories of Christianity Today are also stranger than that. There’s usually also something unexpected — something just a little bit off and a few degrees askew. These sex stories have an uncanny quality.

I mean that precisely. I’m thinking of the theory of the “uncanny valley,” the idea that “when features look and move almost, but not exactly, like natural beings, it causes a response of revulsion among some observers.” This is why clowns, realistic mannequins, Final Fantasy animation, and ventriloquist dummies can creep people out. And it’s also why there’s something disturbing about the almost-but-not-quite-human sexual ethics being defended — if never quite articulated — in all those sex stories at CT.

The college in question is a small, two-year Southern Baptist school in South Carolina. It turns out the president was having an affair with another member of the school’s staff. As a result, he was forced to step down — with the school ham-handedly trying to cover up the reason for his sudden resignation by claiming it was due to his “health.”

The one interesting element here is the way this man’s affair was revealed — post-resignation and hush-up attempt — by a video shot by his own son and then posted on YouTube. There’s fodder there, I think, for someone looking to write a script deconstructing those 20th-century novels of adulterous academics written by people like John Updike — retelling that cliché from the perspective of the betrayed spouse or children. But this “news” story still isn’t really any of our business. It’s not really news.

So to play up the claim that this is newsworthy, CT tries to portray this man’s “fall” as part of a trend affecting all of society. But here’s where we find that uncanny twist. That larger trend, in CT’s view, doesn’t have anything to do with the ongoing pattern of repressed social conservatives exposed for the hypocrisy of their private lives. Of course not. For CT, the trend can only be the same trend they see everywhere — the narrative of decline that sees libertine liberals threatening to turn America into Sodom due to their no-co-pay birth control and their equality under the law for LGBT people.

Thus we get the weird, aggressively dishonest framing of the story in CT’s subhed: “Video of apparent affair surfaces as Christian higher education leaders are debating sexual ethics standards.”

Ah. This stalwart conservative man’s adultery, you see, is linked somehow to the debate over “sexual ethics standards” that those nefarious liberals have forced upon us all. That debate is the context for this man’s affair — perhaps even the cause of it.

The controversy over Epting’s alleged misconduct comes at a time when North Greenville and other Council for Christian Colleges and Universities (CCCU) members are already dividing over issues of sexuality. Union University, a Southern Baptist school in Jackson, Tennessee, recently left the CCCU in protest of the decision of two colleges — Eastern Mennonite University and Goshen College — to affirm same-sex marriages for staffers. Other CCCU members have threatened to quit if the CCCU does not remove Goshen and Eastern Mennonite as members by August 31.

Thanks to those evil liberals at Eastern Mennonite and Goshen College, none of us is safe — not even at some obscure Southern Baptist institution tucked away in South Carolina. These liberals have created a disturbance in the Force. By questioning the “sexual ethics standards” that anchor our faith, they’ve put everything up for “debate.” Now, because of them, all that was once solid is melting into the air.

This is why, as social conservatives have been telling us for decades now, same-sex marriage can’t be thought of as a simple matter of live-and-let-live equality under the law — something that neither picks our pockets nor breaks our legs. Here is the evidence that same-sex marriage threatens to destroy every existing Christian marriage between one man and one woman. This poor college president was innocently going about his good Christian life there at North Greenville when suddenly he was swept away by the powerful current created by those same-sex marriage condoning Anabaptist liberals. They put his marriage up for “debate,” you see, and now his marriage has been destroyed and it’s all their fault.

And this could happen to any of us now if these liberals are not stopped.

Who can blame Union University President Sam Oliver for fleeing the CCCU? He’s not just trying to protect his institution from association with those Mennonite infidels, he’s trying to protect his own marriage and his own family. Oliver, like the headline writers at Christianity Today, recognizes that any failure to expeditiously “farewell” such infidels will inexorably lead to his own son eventually videotaping him in flagrante delicto with someone other than his own wife — perhaps even with another man, because legitimizing “debate” over sexual ethics standards untethers everything, our sexual orientations as well as our ability to remain faithful to our spouses.**

You may be thinking that there could be some other way of linking the administrative upheaval at North Greenville to the larger debate between the social conservatives of the CCCU and those liberal outliers at Eastern Mennonite and Goshen. You might even think that those liberal schools’ choice to affirm the faithful same-sex marriage commitments of its staff and faculty somehow honors marriage in a way that the hypocrisy of Southern Baptists lying about their leaders’ adultery fails to do. You might even think this evidence of alleged hypocrisy by the self-appointed bearers of “sexual ethics standards” undermines the hyperbolic claims of people like Union’s Oliver.

But, according to Christianity Today, that’s just crazy talk. That kind of thinking just reinforces the pernicious ripples of debate emanated by the dangerous liberals of Eastern Mennonite and Goshen. And as long as such “debate” is allowed to continue, then we can expect even more stories like this sad affair from North Greenville — stories of good, godly, conservative men swept away from their faithful marriages by the ungodly currents of liberalism.

* A publication that believes gay and lesbian couples are “destructive to society.”

** Oliver has other reasons to fear the nefarious influence of association linking his school to these dangerous Mennonites. Allowing his school to associate with these peace-church institutions, after all, likely contributed to the recent murder on his own campus. “Former Union University student pleads guilty to murder,” reads the Baptist News headline. But let’s not forget to add the all-important CT-style subhed for context: “Forensic evidence of shooting surfaces as Christian higher education leaders are debating violence ethics standards.”

September 1, 2015 The uncanny sex fiends of Christianity Today (No. 2)
Recent Comments
0 | Leave a Comment
Browse Our Archives
Follow Us!

The Peripatetic Preacher Biblical Aaron, Racism, and I
As if the COVID-19 pandemic were not enough for us, the public...
view all Progressive Christian blogs
What Are Your Thoughts?leave a comment
Copyright 2008-2020, Patheos. All rights reserved.