The uncanny sex fiends of Christianity Today (No. 2)

Here’s another turn of the screwed-up from my favorite source of sex stories, the Christianity Today newsfeed: “Ligonier Suspends R. C. Sproul Jr. over Ashley Madison Visit.” The subhed tells us: “Reformed leader admits accessing adultery website ‘in a moment of weakness, pain, and from an unhealthy curiosity.'”

So this is another scandalous story of yet another conservative white Christian revealed by the Ashley Madison hack to have been an adulterous liar cheating on his spouse, right?

Actually, no. Not at all. This is the story of a guy who once visited an adult website in 2014. He’s not married. He used to be, but, as CT’s report mentions, parenthetically, “(His wife died of cancer in 2011).” As though there were anything parenthetical about that fact.

There’s no scandal here. The man isn’t an apostate or a heretic, a betrayer, a deceiver or a sinner. He got lonely. Treating this like a scandal is just cruel and wrong.

And just because the guy himself is making this grounds for public confession, elaborate contrition and self-flagellation doesn’t mean we have to join in, taking turns with the whip.

In a blog post this morning, Sproul Jr. said he accessed the site “in a moment of weakness, pain, and from an unhealthy curiosity. … My goal was not to gather research for critical commentary, but to fan the flames of my imagination.

“First, I felt the grace of fear. Second, I felt the grace of shame. I was there long enough to leave an old email address. And within minutes I left, never to return,” he wrote. “I did not sign up for their service or interact with any clients. I have always remained faithful to my wife even after her passing.” 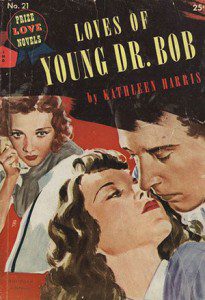 Take a moment for gratitude here. This could’ve been you — raised and groomed for leadership in an ultra-Calvinist sect that conceives of God’s grace as something that reveals itself to us primarily through fear and shame. Imagine what it would mean to have been indoctrinated (literally) to believe that grief and loneliness aren’t natural, human emotions, but sinful flaws through which Satan works to tempt us. (To fully appreciate that, understand that you would have been taught your whole life that those adjectives — “natural” and “human” — refer to something dirty, wicked and depraved. Thus, Calvinism.)

Granted, it might’ve been better if the guy had instead checked out, say, eHarmony, where a kindly old evangelical therapist could have introduced him to someone who shared more of his general outlook on life. (Although, alas, eHarmony notoriously refuses to deny Arminians from access to its services.) Or he could’ve tried “Collide” — that new “Tinder for Christians” app that still strikes me as a parody that accidentally took on a life of its own. Or just like, you know, any of the normal dating sites that normal people use.

And I’ll also grant that it may have been less the “grace” of a guilty conscience and more the recognition that the site was a money-siphoning scam that kept Sproul from actually signing up. Or maybe he just realized that a site catering to cheaters and swingers and sugar-daddies wasn’t quite what he was looking for.

Whatever. The bottom line, again, is that this poor man’s wife died of cancer four years ago. If “grace” is to mean anything real — anything other than a doublespeak euphemism for heavy burdens hard to bear — then we should cut him some slack and extend him some grace to be lonely and grieving, even if that sometimes leads him to seek some fleeting spark of connection or intimacy in sub-optimal ways.

“With the revelation of the hack has come the revelation of my sin. I recently informed the board of Ligonier Ministries, which has handled the matter internally, having suspended me until July 1, 2016,” he wrote. “I also informed my presbytery which is also handling the matter internally. And now the world is informed. My sin, sadly, has impacted those who are innocent — my colleagues, friends, and family. I have and will continue to seek their forgiveness. I covet your prayers.”

I can’t speak for Sproul’s colleagues, friends or family, or for his presbytery, but it seems to me that they should be seeking his forgiveness more than the other way around. His “sin” has not had any more impact on them than his grief and loneliness apparently did. Which is to say that his supposed sin hasn’t affected them at all.

Yet that doesn’t seem to be stopping them from requiring his public confession, display of contrition, and punishment. Maybe if he re-enacts Cersei’s walk of shame they might deign to re-accept him, but even then it seems as though he’ll forever be tainted, in their eyes, by the shameful sins of grief and loneliness.

On the other hand, a yearlong hiatus from Ligonier Ministries might do this guy some good. Stepping away from having to promote and defend its toxic theology might even help to restore his soul.

September 1, 2015
The uncanny sex fiends of Christianity Today (No. 1)
Next Post