The awkward ritual of having to condemn violence by people who believe your own rhetoric about Satanic baby-killers November 28, 2015 Fred Clark

I’m just going to post these tweets here as a reference point so we can pick this conversation up later after I get back from the Big Box.

Every once in a while, some disturbed person absorbs the language and logic of white evangelicalism’s Satanic baby-killer fantasies and, not realizing it’s all a disingenuous game, acts on it. “Pro-life” evangelicals are then forced to condemn that person’s actions in an awkward dance that forces them to admit, at least implicitly, that they do not take their own words and arguments seriously — and thus that no one else should take them seriously either. 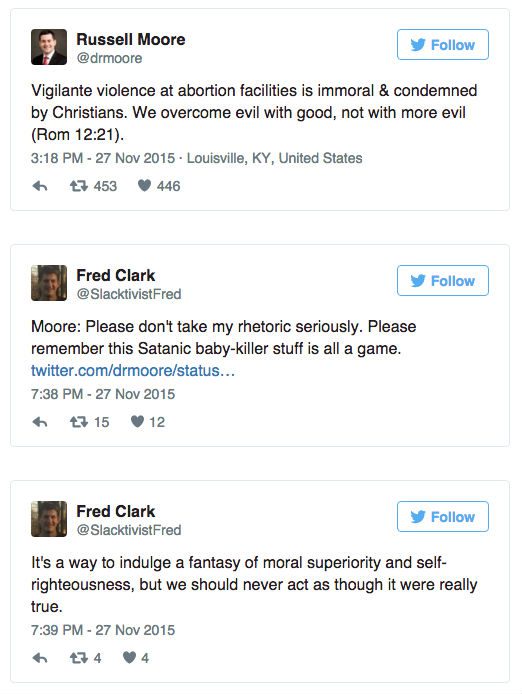 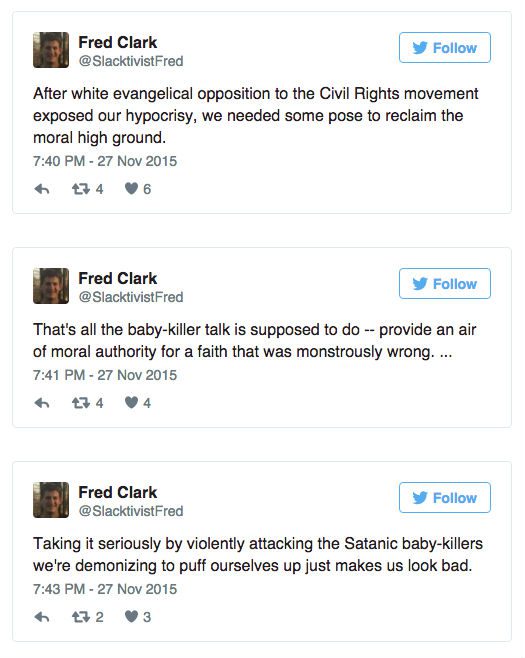 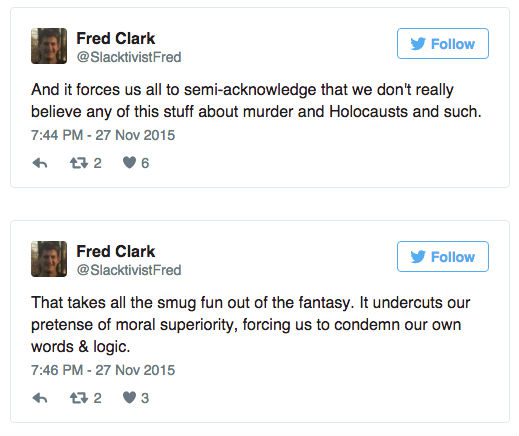 November 29, 2015 Sunday WTF?
Recent Comments
0 | Leave a Comment
"Lectionary Post: Here's me noticing a pattern in the last several weeks of readings and ..."
Rivikah Soap, soup, and salvation
"Possibly Magnusson's is a clinical dissection of the past "utopia" Olasky wanted people to go ..."
KhazadDoom Soap, soup, and salvation
"When the Catholic school kids joined my public school in about 4th grade (which is ..."
KhazadDoom ‘Prayer in schools’ is almost never ..."
"The funny one I've seen is "what doesn't k1ll you, mutates and tries again."(Reminds me ..."
KhazadDoom ‘Prayer in schools’ is almost never ..."
Browse Our Archives
get the latest updates from
slacktivist
and the Patheos
Progressive Christian
Channel
Related posts from slacktivist