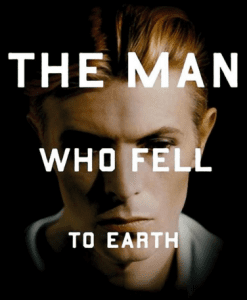 In the 1970s, he was restless, flitting between musical styles and personas, producing Lou Reed and The Stooges, and taking up painting in Berlin. His every move sparked impersonators and inspired musical sub-genres. He was the first post-modern pop star.

He struggled to remain relevant in the 1980s and 90s, but continued to push boundaries with the industrial rock of Outside and the drum and bass influenced Earthling. An enforced hiatus, prompted by emergency angioplasty, took him out of the spotlight for most of the 2000s before that celebrated, unexpected comeback on his 66th birthday.

That late period of creativity may now be reassessed as the work of a musician who knew his time was running out. But it remains a fitting legacy for a man who subverted and reinvented pop time and time again.

So I’m reading eloquently speechless tributes on Twitter and confirming, yet again, that there does not seem to exist an unbeautiful photograph of this man.

The news says he had cancer. And so he recorded his 25th album and then, two days before dying, released a final video titled “Lazarus.”

Excuse me. I’m going to go watch that a few more dozen times.