I tweeted this yesterday: “Saying ‘Two Corinthians’ won’t get Trump in trouble with white evangelicals. Saying ‘Third Isaiah,’ though, would create a backlash.”

That’s not so much a joke as an observation. “Third Isaiah” is, in fact, a phrase that would be fightin’ words in many white evangelical churches and institutions — even though the reference is not at all controversial (we might even say “innocuous”) among most evangelical clergy. This, again, reflects the gulf between what I’ve sometimes called the evangelical “faculty lounge” and the general evangelical populace. Evangelical leaders (we could say “elites,” if we wanted to suggest something pejorative about education) know many things that they do not speak of outside of the faculty lounge. Many, many things.

One of those many things has to do with the composition of the biblical book of Isaiah. Most evangelicals probably haven’t given that matter much thought, but to the extent that they have, they likely entertain some vague notion of some guy named Isaiah sitting down and writing all 66 chapters. And, since that guy was a “prophet,” they likely assume that most of what he was writing involved predictions about the future.

The latter assumption is a woeful misunderstanding of who the biblical prophets were and what they did. And the former assumption is almost certainly wrong. Here’s a good basic summary, by Peter Enns, of what one learns in seminary about the composition of Isaiah:

For most of the history of Judaism and Christianity, it was assumed that Isaiah wrote all sixty-six chapter of the book named after him. Beginning in the eighteenth century, biblical scholars began to argue, however, that the book shows clear signs of having been written over a longer period of time. Scholars are now nearly in universal agreement that there were three separate authors for the book, known as First, Second, and Third Isaiah. The First Isaiah wrote most of chapters 1-39 and is the prophet for whom the entire work is named. His influence was so great that he had disciples who carried on his prophetic ministry after his death. This led to what some scholars call an Isaiah “school” that eventually produced Second Isaiah, chapters 40-55, in the sixth century BC, and Third Isaiah, chapters 56-66, in the fifth century or later. Not all scholars make a sharp distinction between Second and Third Isaiah.

This is important and interesting if you want to study the book of Isaiah, as it shapes the historic context of the various parts of the book. But thanks to that Very Wrong popular misconception about the biblical prophets being mainly fortunetellers, the idea that Isaiah wasn’t written all at once sparks a fiercely defensive response from some folks. They see the idea of Second and Third Isaiah as tantamount to a denial of the supernatural. If you say that the description of later events was written by later writers, then, in their minds, you’re saying it wasn’t miraculously foretold and thus you’re denying miracles and therefore probably also denying the resurrection and therefore you must be some kind of liberal heretic and a danger to children. 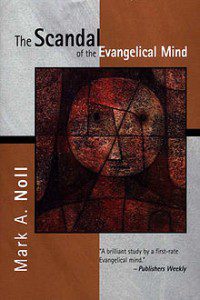 That’s a strange leap of logic, and it’s not a leap that would probably occur to most evangelicals. But the few who do think that way tend to weaponize the idea and to enlist others in defense of the authority of the Bible against the pernicious venom of biblical scholars. And they also tend to be the sort of people who wind up as trustees on the boards of white evangelical churches and schools.

That’s why, for most evangelical clergy, things like this are just easier not to talk about. Why invite vicious attacks just to try to share such an obscure bit of biblical knowledge? Yes, this knowledge happens to be true, and it’s necessary to inform our study of scripture. But that will hardly matter because the falsehoods of the attackers will be better funded and better circulated than whatever positive case you’ll be able or allowed to make in defense of the truth.

So this subject, like so many others, becomes something that’s only discussed within the safe confines of the faculty lounge. It’s openly discussed in the sorts of books Eerdmans or InterVarsity Press publish with footnotes, but it’s never mentioned in the sorts of books they publish with “Questions for Further Study” at the end of each chapter. It’s openly discussed in the pages of Books & Culture, but not in the pages of Christianity Today. Christian college professors will teach it in Old Testament classes, but only if the door is closed.

The fact that Isaiah was composed by different authors writing in different centuries might not seem like a potentially inflammatory matter that could spark waves of angry emails and phone calls calling for the dismissal of a faculty member, or a pastor’s resignation, or the cancellation of a speaking engagement, but it doesn’t take much of a pretext for the folks who orchestrate these protests. They’re professionals — they know how to lie and spin to turn a molehill into a mountain. It’s what they do for a living.

And for those professional generators and weaponizers of astroturf indignation, there’s no such thing as a minor issue.

The white evangelical faculty lounge has been around for a long time because evangelical clergy and academics have needed such a refuge — places and spaces where they could discuss actual biblical scholarship, or science, or trumped-up culture-war flashpoints honestly. And spaces where they could share strategies for how to, maybe, begin to teach and communicate these ideas to a wider evangelical audience without contributing to a counter-productive freak-out. Mark Noll’s 1994 book The Scandal of the Evangelical Mind was the quintessential faculty-lounge book, describing this dilemma with insight and accuracy. Alas, however, Noll didn’t have a prescription to match his masterful diagnosis. The Scandal was hugely popular within the faculty lounge not because it offered solutions, but because it offered commiseration.

But a lot has changed since 1994 — by which I mean the Internet. The rise of the Internet threatens the conventions that protected and insulated the evangelical faculty lounge. A lecture by and for an academic conference can now become a selectively edited YouTube video that races around the Facebook networks of the IndigNation. The footnote of a seminary dissertation can be repackaged as a scary story and circulated at light speed in a flood of spam.

Here’s the sort of thing that can happen now:

“Jericho has been inhabited for more than 11,000 years,” says the evangelical professor, because it is true. The evangelical students take notes, somewhat bored, and nothing blows up or falls down due to this wholly unremarkable acknowledgement of an utterly proven and indisputable fact. This rather dull lesson is also being recorded for a rather dull video on behalf of the soccer players missing class that day for an away game. (None of them will actually ever watch the video of the lecture, but it was a nice idea.)

But then, weeks later, a short clip of the video gets posted to YouTube or Facebook. On his website, Ken Ham denounces the professor and the entire college for rejecting the clear biblical teaching that the Earth is only 6,000 years old. Al Mohler chimes in, extravagantly lamenting the sad, sad news that yet another once-fine evangelical institution has succumbed to secular humanism. Trustees are alerted. Emails and phone calls are orchestrated.

The professor is flummoxed and flabbergasted, because everything he’d said was true — blandly and indisputably true. Everyone else in the faculty lounge knows this — including the dead-eyed provost and president now frowning at him and urging him to recant and apologize. But the professor just bought a house and his kids finally seem comfortable in their new school. He sighs. “Where do I sign?”

The next day his statement is issued as a press release. It affirms the literal truth of Genesis 1-11 as a text intended to be read as modern, journalistic history, and it denounces the evils of secular humanist archaeology, of Planned Parenthood, and of the homosexual agenda, just for good measure. The orchestrators of outrage and the Trustees are mollified and they call off the dogs.

And everyone — our schools, our students, our professors, our church — gets a little bit dumber and a whole lot less honest.

It seems to me there are only two options for how this can play out. Either evangelical institutions continue to surrender to the dishonest ignorance of the outrage machine until our collective intelligence and integrity is ratcheted away entirely. Or else the evangelical leaders huddled in the faculty lounge will throw open the door, acknowledging what they know to be true regardless of which audience they’re addressing.