Empathy turned to fear and resentment

Part of what fascinates me about the deadly mass hysteria of the New York Conspiracy of 1741 is that it arose, in a way, from empathy. It was empathy denied, empathy neglected and rejected and thereby channeled into something twisted and perverse, but empathy is still where it began.

That event is sometimes referred to as the “New York Slave Revolt of 1741,” but there’s very little evidence that any such revolt ever took place or even had been planned. White New Yorkers panicked due to their fear of a potential slave revolt. That fear, I think, refutes all the nonsense we often hear about how the stark immorality of the slave system was perceived differently back in those days, and how we should all be more generous toward the defenders and exploiters of slavery because things were different back then and (white) folks just didn’t know any better.

They knew. That’s why they were scared. In 1741 — more than 60 years before Toussaint Louverture shocked the world and nearly a century before the enslaved preacher Nat Turner took up arms — white New Yorkers were wild with fear of a slave revolt because they knew that slavery was an abominable, intolerable injustice. They looked at this brutal system and — even if only semi-consciously — thought about what they would do if they were the ones being crushed by it. And they realized, with utter clarity, that they would want to resist and revolt and to overthrow their oppressors. And they realized, just as clearly, that they would be justified in doing so.

That is why they were afraid. 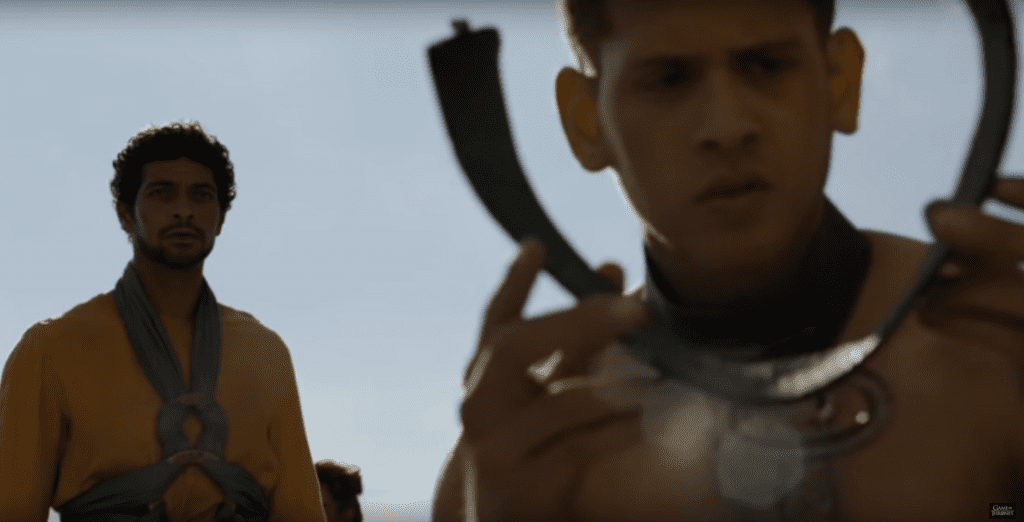 That thought — what if that was me? — is the essential core of empathy. It is a rational, logical exercise of imagining oneself in another person’s position.

We sometimes get distracted from that rational basis for empathy by focusing on the emotions that often accompany its logic. The Good Samaritan, Jesus said, “was moved with pity,” and we often confuse that emotional response for the prior thought that prompted it. That emotional response — a pang in the heart, a lump in the throat — can supplement the mental exercise of empathy, but that logical exercise does not require any such feelings or sentiment.

When someone callously passes by another person in need or in distress and glibly ignores them, saying, “Sucks to be you,” we sometimes describe such a person as lacking empathy. But they’ve already demonstrated they’re perfectly capable of it. “Sucks to be you” is still a stunted version of the exercise of empathy. It is an unfeeling response to that exercise rationalized by an overemphasis on feelings as the basis for empathy. It asks “How would I feel if that was me?” and answers “That would suck.” And then — due to laziness or deliberate evasiveness — it refuses to explore the matter any further.

This never wholly successful attempt to ignore the logic of empathy reminds me, again, of this bit from Tolstoy:

I sit on a man’s back, choking him and making him carry me, and yet assure myself and others that I am sorry for him and wish to lighten his load by all means possible … except by getting off his back.

That describes the situation of those white New Yorkers back in 1741. The inescapable logical exercise of empathy made them acutely aware of the injustice they were participating in, but they weren’t willing to get off his back or to stop choking him.

Empathy is like water. It has to go somewhere. If it is not channeled into something productive, then it will flow into something destructive. Damming it up will only work for so long, causing it to build up ever more destructive power before it finally breaks loose.

Empathy denied tends to be rechanneled into either fear or resentment. The recognition — the stark, unavoidable knowledge — that enslaved New Yorkers were being subjected to an intolerable injustice wasn’t permitted to flow into a constructive form of empathy, so it was rechanneled into fear. And in 1741, that fear overheated in a fever of madness, the result of which was a string of public hangings and burnings at the stake. This brutal expression only compounded that initial fear by making the injustice even worse and thereby making an even clearer case for the semi-acknowledged justification of revolt.

But let’s not single out those long-dead white New Yorkers. White Americans are still afraid of black people for the same reason that those folks were afraid back in 1741. That fear is a twisted product of the inescapable logic of empathy when that empathy is not allowed to bear fruit. We see injustice, and we know what it means, and we assure ourselves and others that we are sorry for it and wish to lighten the load by all means possible … except by correcting it. And so our empathy curdles into fear and resentment, and our fear and resentment causes us to act in ways that exacerbate all the underlying injustices, thereby making us ever more resentful and afraid.

The fear that swept through white New York in 1741 is the same fear that shot 12-year-old Tamir Rice in Cleveland in 2014. It is born out of the same source — empathy denied, empathy rejected and neglected. And that fear still proves that we know. We have always known. And because we have always refused to act on that knowledge, we have always been afraid.

January 26, 2016
Slaves in the hands of an angry white God
Next Post