Pray that you will be among those ‘left behind’

Pray that you will be among those ‘left behind’ February 5, 2016 Fred Clark

I suppose we should blame Larry Norman for this. This particular bit of wretched exegesis originated before the godfather of Jesus Rock was even born, but Larry was the one who set it to music. And he’s the half-baked genius who amended the words of Matthew’s Gospel, adding that fateful phrase “left behind.” 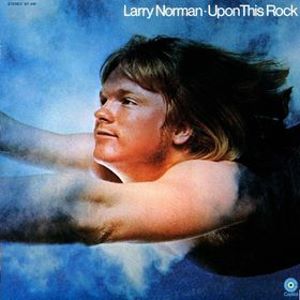 That’s poetry. “I Wish We’d All Been Ready” is an affecting, haunting song. The fact that it endures is testament to that. This is a song that survived being covered by DC Talk in their NSYNC phase, a song that survived Jordin Sparks’ rendition and its association with the Nic Cage version of Left Behind.

This is a song that survived the Fishmarket Combo*:

Theologically, though, Larry Norman’s song is an irredeemable mess.

The first two verses above illustrate how Norman had absorbed the cut-and-paste hermeneutics of the Scofield Reference Bible and the premillennial dispensationalist scheme beloved by End Times enthusiasts and “Bible prophecy” scholars. Thus we get the first verse, which is Norman’s version of Revelation 6 and the four horsemen of the Apocalypse, followed immediately by that verse disastrously paraphrasing — and inverting — an apocalyptic passage from Matthew 24.

For Norman, and for generations of white evangelicals steeped in this Scofield/Darbyite End Times tradition, this sequence makes perfect sense. In their view, those paragraphs from the ending of Matthew 24 naturally and properly follow the opening verses of Revelation 6. How else would one read the Bible?

The arbitrary decision to insert a chunk of Matthew into the middle of Revelation is not an auspicious starting point for those seeking a clearer understanding of either passage.

What I want to highlight here, though, is how completely upside-down and bass-ackwards Norman gets this passage from Matthew’s Gospel. This chapter — sometimes referred to as a “mini-apocalypse” — starts with Jesus predicting the destruction of the Temple in Jerusalem:

As Jesus came out of the temple and was going away, his disciples came to point out to him the buildings of the temple. Then he asked them, “You see all these, do you not? Truly I tell you, not one stone will be left here upon another; all will be thrown down.”

That leads some of us to imagine that Jesus is actually talking about what he’s talking about, and that this chapter describes the cataclysmic destruction of Jerusalem in 70 AD. (Whether this is an account of Jesus’ foretelling that event or it’s a ret-conned description of Jesus discussing it written after that event by those struggling to make sense of it is a separate question that needn’t distract us here.) It’s rather strange that those of us who read this chapter by taking Jesus at his word — accepting that he’s really talking about the thing he tells us he’s talking about — are condemned for doing so by those who say they insist on a “literal” reading. That “literal” reading leads them to the conclusion that when Jesus tells us he’s talking about the destruction of the Temple, he actually means something else (most probably the Rapture of white Christians 2,000+ years in the future on a far-off continent that neither Jesus nor any of his disciples even knew existed).

But this anti-literal literalism is not the worst feature of Norman’s garbling of this passage. For that, we need to look at the specific verses his song paraphrases. This is Matthew 24:37-42**:

The analogy here is Noah’s flood. “The flood came and swept them all away,” but Noah was left behind.

Being left behind, in other words, is a Good Thing. “One will be taken and one will be left.” You do not want to be “taken” — to be swept away in the destruction. You want to be left behind.

That’s underscored by the next verse in Matthew 24: “If the owner of the house had known in what part of the night the thief was coming, he would have stayed awake and would not have let his house be broken into.” Having your house broken into is a Bad Thing. “Keep awake,” Jesus says, so that this Bad Thing does not happen to you — so that you do not get swept away in the flood. Keep alert and watchful so that you can avoid being the one taken. Keep alert and watchful so that you wind up being the one who gets left behind.

There’s nothing ambiguous at all about this passage as written. Getting taken, or robbed, or swept away is Bad. Being left — left alone and left behind — is Good.

Absolutely nothing in the text itself suggests reading it the other way around. That reading — Norman’s interpretation, and Hal Lindsey’s and Tim LaHaye’s and John Hagee’s and Rafael Cruz’s — would never occur to anyone approaching this text unless that person were already, prior to reading it, committed to the Rapture mythology of PMD “Bible prophecy” folklore. Only someone like Irene Steele, caught up in the fantasy of “Jesus coming back to get us before we die,” could come away from this text thinking that getting swept away was something desirable and that getting left behind was something grim.

This is one of the two cornerstone biblical passages cited as teaching the “Rapture,” but as you can see, it teaches nothing of the sort. You can’t read the idea of the Rapture out of this text, you can only try to read the Rapture into it. You simply cannot go to Matthew 24 and find there any credible support for the idea that Christians should wait and long and pray for the day when they get swept away in the flood, just like all those favored with destruction and death in the days of Noah.

But what about the other key “Rapture” text? What about that bit in 1 Thessalonians with the trump sounding and the dead rising and all the rest of that?

Well, we’ll get to that next. I’d intended to get to that here, today, but then I spent an indefensible amount of time this afternoon Googling around trying to figure out whatever became of the Fishmarket Combo. (Did they ever record anything else? Where are they now? If you’re out there, please let us know.)

* I surely can’t be the only person who really wants a Fishmarket Combo 1972 World Tour T-shirt. Why hasn’t the Internet made this happen for us?

I’m not picking on those groovy Iowans here. Their rendition of “I Wish We’d All Been Ready” is vastly superior to my own attempt to perform the song, several years later. My sixth-grade teacher signed me up for the middle school talent show because she’d heard I was taking piano lessons and, thus, mistakenly assumed I had some show-able talent. I did not. I practiced this song for weeks, during which it seemed to get progressively worse, so finally I took the only honorable course of action and faked having the flu, thereby avoiding the talent show and my impending artistic and social death. (I did not really have the flu, but after weeks of dread and anxiety, I quite honestly was physically ill on the day of the talent show. That wasn’t a lie.)

** Norman’s “man and wife asleep in bed” image is probably taken from the parallel passage in Luke’s Gospel — Luke 17:34-35. But that passage doesn’t give us a man and wife, it gives us two men. The King James translation of these verses seems particularly awkward for the sort of anti-LGBT Christians who insist on the KJV these days:

February 5, 2016
Left Behind Classic Fridays, No. 67: 'Selective literalism'
Next Post