“I don’t own a flannel shirt.”

“I’ll bring you one. And turn your hat around.”

“I’m not a catcher,” I said. (And I still contend that being a catcher is the only legitimate reason to wear a baseball cap backwards on anything except the windiest days.)

“Just do it,” Dwight said. “They want to talk to Generation X, so we need to look the part.”

I was reminded of that 20+-year-old conversation when reading Jim Hinch’s Los Angeles Review of Books essay, “Evangelicals Are Losing the Battle for the Bible. And They’re Just Fine with That.”

It’s a good essay about some encouraging developments in American evangelicalism, and I encourage you to read it for the substance of what it has to say about all of that. But it’s also a classic example of the “Kids These Days” article, wherein someone interviews a bunch of young people and uses them to illustrate big, sweeping generalizations about their entire generation and, thus, about the future.

There are plenty of reasons to criticize such an approach. Such articles are always premised on the writer’s judgment that the Kids These Days profiled or interviewed really are, somehow, representative of their entire generation and of the future of the religion/nation/planet, etc. (Hinch does a better job than many by supporting his anecdotal interviews with survey data.) 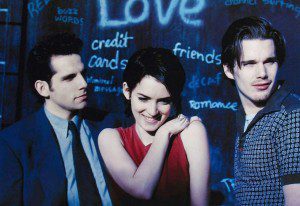 But I’m not here to criticize this very common type of article. I just want to point out that: A) such articles exist; and B) if you fit the profile for such interviews, you should absolutely exploit that opportunity for all its worth.

We’re in the middle of a widespread oldster freak-out over “Millennials.” That freak-out has spawned ten thousand articles about what Millennials are really thinking, how to reach Millennials, how to get them to go to church or to vote or to buy whatever product it is that you’re selling. They’re desperate to understand Kids These Days, and they’ll apparently read anything that purports to explain this new generation to them.

Of course it’s silly to think that any generation is homogenous and uniform. Of course there hasn’t been any sort of generational convention at which you were appointed to speak as an official representative of your entire generational cohort. But never mind all of that.

What matters is this: The people who currently control everything have invited you to speak and they’re carefully writing down every word you say. Make the most of that. Don’t throw away your shot.