Hand me down my walkin shoes

• “Hypothesis: ‘Walk of Life’ by Dire Straits is the perfect song to end any movie.”

• Jay Sekulow is a lawyer with the religious-right amicus-factory the American Center for Law and Justice. Like most culture-warriors, he also has a radio show. Since that show is by and for white Christians who believe opposition to legal abortion is the chief cornerstone of their faith, Sekulow felt free to be candid about the disingenuous Standard Answer regarding whether anti-abortionists want to see women put in jail:

Sekulow added that “politically we always focus on the abortion provider, not the woman” but “that’s a different question than legally” so, legally, “a state could say that anybody involved in the process is committing a crime, if you believe it’s a person.”

In other words, Sekulow says punishing women for the crime of abortion is the long-term legal goal, but the smarter short-term political strategy is to pretend it’s not. Thanks for clarifying, Jay.

• Made this a while ago, then decided it was too unsubtle and angry. But maybe not. 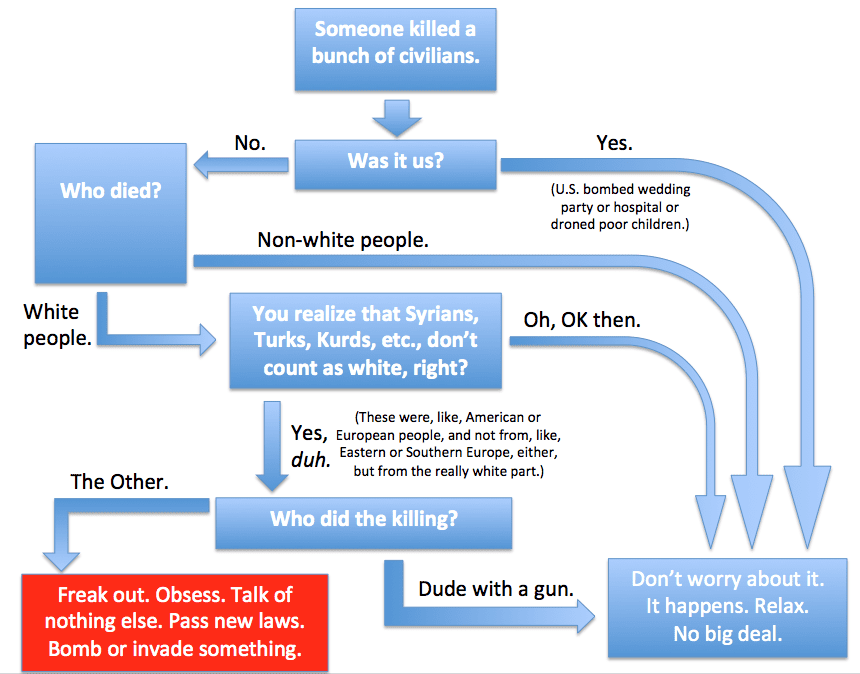 • “When the Oak Hill manufactured home park off Lothrop Street in Taunton went up for sale, the residents didn’t just save it. They bought it.” Another success story about manufactured-home owners gaining financial security and stability by buying the land beneath their homes.

This was in Massachusetts, where it was a possible outcome thanks to a state law giving manufactured-home owners the first right of refusal when the land beneath their homes is put up for sale. Good law. Good model for other states.

• “Mr. Li, a professor of psychological science, is teaching a seminar this semester titled, What Would Fred Rogers Do?”